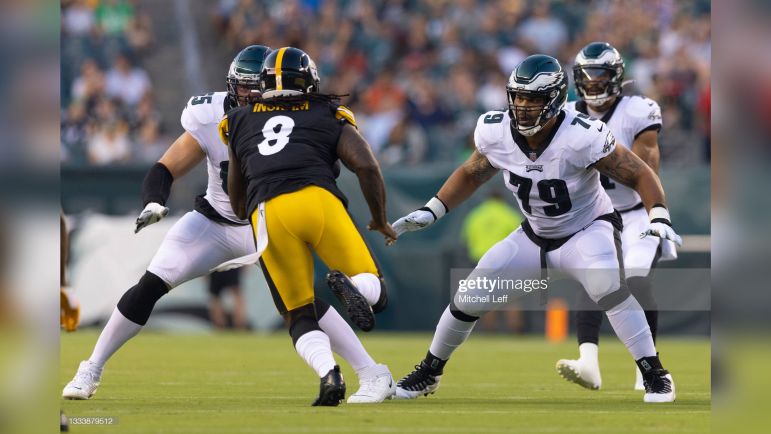 One of the defining legacy of Kevin Colbert as a general manager (or equivalent) with the Pittsburgh Steelers was the consistency of his track record in the first round. While he did not routinely hit home runs, solid doubles and triples were the norm. Rarely did he strike out, and not until 2013.

The 2012 draft was one of his better first rounds, landing All-Pro guard David DeCastro, who evidently has now retired, largely due to injury, after the team released him last season following an MRI that revealed he would need surgery.

A decade on, however, Adam Rank argues that they could have done better, authoring a 2012 re-draft exercise in which the Steelers come out of the first round with a different guard to plug and play into their starting lineup: Brandon Brooks. It should be noted, however, that in his exercise, DeCastro is drafted 17th by the Cincinnati Bengals.

“The Steelers nailed this pick in reality with DeCastro, because of course they did. They are the Steelers. With DeCastro gone here, they snag Brooks, who would be another great pick for them”, Rank wrote. “And I know I’m crazy, but I think Brooks’ career would have turned out even better than it did in Philly (where he earned three Pro Bowl nods) if he’d played for the Steelers — because they are, after all, the Steelers”.

Brooks was originally drafted in the third round, 76th overall, with the Houston Texans, where he played out his rookie contract. He has spent the rest of his career since 2016 with the Philadelphia Eagles, earning Pro Bowl recognition in 2017, 2018, and 2019.

DeCastro entered the 2012 NFL Draft recognized as the clear best guard prospect, and it was viewed as at least a mild surprise that he lasted all the way down to pick 24 in the first round. He would have been a plug-and-play starter, though his career would take a detour.

He suffered a torn MCL during his rookie preseason, which caused him to miss most of the year. He did work his way back for the final four games, starting the last three, though he looked in over his head. It wasn’t really until 2014 that he started to come into his own, and a year later, he established himself as one of the best guards in the game.

The only thing that had really limited him from that point forward was his health, which included a chronic ankle injury that ultimately ended his career. He suffered through it during the 2020 season, during which his play suffered. After the Steelers let him go last year, he evidently decided it was best to call it a career.