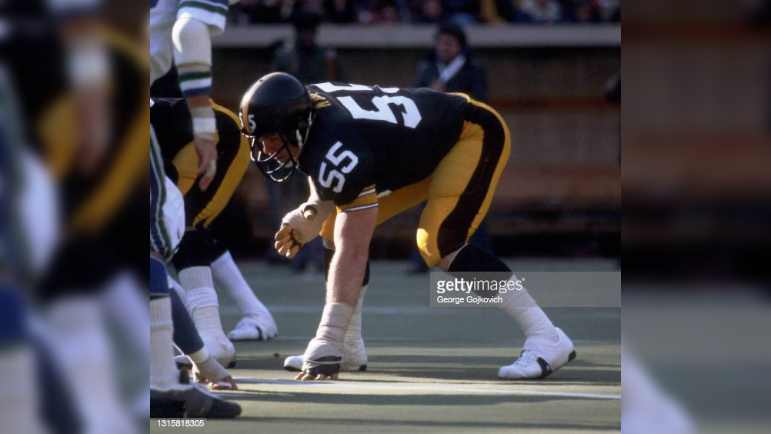 Asking a Pittsburgh Steeler to choose his favorite Super Bowl victory from the 1970s dynasty is like asking them to pick their favorite child, or something close to that.

All four were rather memorable as the Steelers were on quite the run in the 70s, emerging as arguably America’s Team well before the Dallas Cowboys grabbed that moniker that they utilize today.

However, Steelers’ Ring of Honor member and All-Time team member Jon Kolb, who was a stalwart left tackle on all four Super Bowl winning teams in the 70s, was able to quickly name his favorite Super Bowl win, settling on the 35-31 win over the Cowboys in Super Bowl XIII in Los Angeles, in large part due to the trash talk and overall confidence that Cowboys’ defensive end and future Hall of Famer Harvey Martin displayed publicly leading up to the game.

Kolb, who fit the Steelers’ culture to a T in the 70s, was rather quiet and reserved, so seeing Martin boasting that he was going to win the MVP of the Super Bowl for the second year in a row made the Steelers’ eventual victory memorable. Winning that Super Bowl over the Cowboys and dominating in the trenches the way the Steelers did still sticks out in Kolb’s mind, according to his conversation with Stan Savran for Steelers.com’s Time Machine segment.

“…Then we go back to the Super Bowl against Dallas and Dallas was the returning, defending Super Bowl champion and Harvey Martin and Randy White were the MVPs from that Super Bowl year. But there was a lot of pressure, because those two guys were MVPs the year before and they were having a great year in the playoffs this year,” Kolb said, according to video via the Steelers’ official YouTube page. “So, the night before the game, they had recorded Harvey Martin on the Johnny Carson show or somehow, but anyway, so I mean, I’m settling myself into my hotel room, and my wife’s sitting there. And so they play this, interview with Harvey Martin asking him if he was going to be MVP again and this kind of stuff. And so I’m watching it, I’m about to turn it off because as I’m watching it, that kind of stuff’s going on and my wife’s not helping she’s going, ‘did you hear that? Did you hear what he said? Did you…he just said he was going to…’ yeah.

“I don’t have to say anything. The results are on the film. And so just from the first play of the game, I can’t remember any, I can’t remember any plays. The first play of the game was 19 straight that’s Franco’s play and he made seven yards, Second play, we already talked about it. 92 tackle trap. We ran the tackle traps, cuz Chuck would call the first two plays of a game. So you knew you were ready. And so the first two plays, I had the opportunity to make up a key block. The first one was 19 straight to Franco, Rocky [Bleier] leading. Second one was that 92 tackle trap, and boom — got to blow that up, first down and that set the tempo.

“And so I guess to answer your question, you know what you want to contribute, no matter what you’re doing. You gotta say, ‘am I contributing to this cause?’ And so, that was special in that way.”

Though the Steelers didn’t fully dominate in the trenches with the rushing attack in the 35-31 win over the Cowboys in Super Bowl XIII, Pittsburgh was able to establish the run early, ultimately setting up Terry Bradshaw’s remarkable performance through the air, throwing for 318 yards and four touchdowns in the shootout win.

Of course, Kolb and the Steelers’ offensive line slowed down the Cowboys’ vaunted defensive line with Martin, White and Too Tall Jones, holding the trio to just two sacks and seven total tackles in the win.

The win over the Cowboys also pushed the Steelers to a perfect 2-0 mark against Dallas in the Super Bowl, giving the Steelers a true leg up in the rivalry.