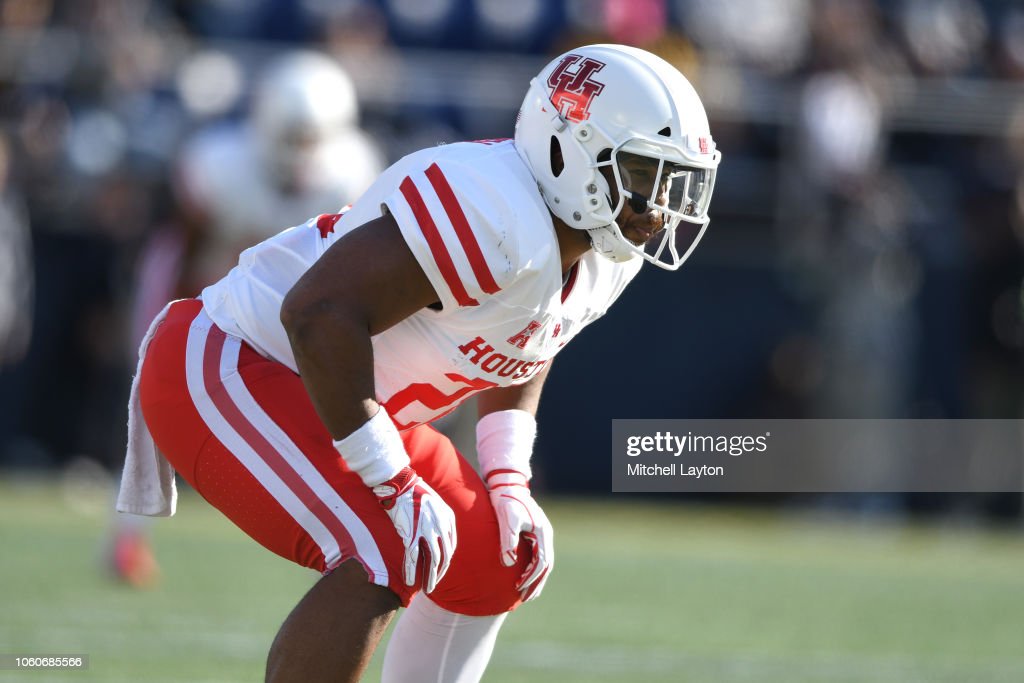 The Pittsburgh Steelers have at least one member at Houston’s Pro Day Friday. Though CB Marcus Jones and DL Logan Hall are the top draws, the team reportedly is showing interest in an underrated Cougar player. According to Pro Football Network’s Aaron Wilson, the team is taking a look at LB Deontay Anderson.

Of course, “interest” can mean a lot of things and Wilson’s tweet doesn’t specify. But during draft season, it’s worth keeping an eye on every report. As his tweet shows, Anderson had a strong workout, likely running somewhere in the low to mid 4.6 range with an ultra-impressive 37 inch vert and 10’1″ broad for his 218-pound frame.

A fifth year senior who began his college career at Ole Miss, Anderson racked up 63 tackles (4 TFL) and a half-sack last season. For his college career, he had 241 tackles (12 TFL) 2 INTs and 1.5 sacks. Given his lighter frame, some teams are evaluating him as a safety. He played safety earlier in his Houston career before moving down to linebacker. A four-star recruit out of high school, he had a solid freshman season in 2016 at Ole Miss but transferred after claiming he was “misled” by the school about its self-imposed sanctions for NCAA infractions. He redshirted in 2017 and transferred to Houston in 2018, granted special eligibility by the NCAA to play right away as opposed to sitting out the 2018 season.

Besides Gorscak, we’re not sure if any other Steelers’ personnel were in attendance for the Cougars’ workout but we’ll update this post and our Pro Day tracker if we find additional people. We also hope to have a full profile on Anderson prior to late April’s draft.