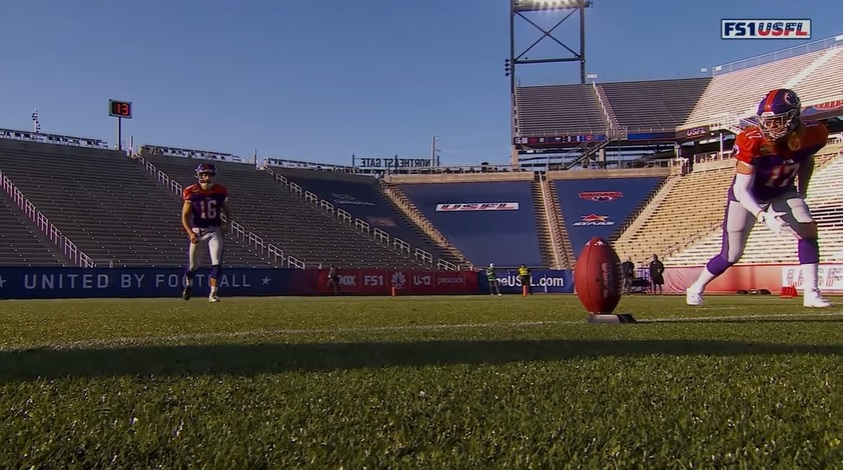 After facing backlash for cutting a player for the strangest of reasons before his team’s season even kicked off, Pittsburgh Maulers coach Kirby Wilson did little to quell that criticism in Week 1 of the USFL season. A rather conservative game plan and at times shoddy play calling by Wilson and his staff led to the Maulers putting up only a field goal in an uneventful 17-3 loss to the Tampa Bay Bandits on Monday night.

It was far from the start that Wilson, who was the running backs coach for eight NFL teams, including the Steelers, over 24 years, had hoped for after a documentary clip released the USFL showed him cutting running back De’Veon Smith after he wanted pizza instead of chicken salad. The controversy hung as a cloud over the Maulers leading up to the game, and while it may have not had a significant effect for the players, it certainly did not do any favors for Wilson who never really cracked the Bandits’ defense.

The Maulers racked up just 186 yards of total offense, and came up with points on just one of their three red zone attempts. Starting quarterback Josh Love, a 25-year-old out of San Jose State, completed 9 of 16 passes for 121 yards. His backup, Kyle Lauletta, had just two completions and eight yards passing after checking into the game late in the fourth quarter.

The Maulers went into halftime down 17-0, and the offense countered with just a 28-yard field goal with 4:29 left in the third quarter. Much like the Pittsburgh Steelers, the Maulers’ defense kept them within striking distance. They picked off Bandits quarterback Jordan Ta’amu twice and shut out Tampa Bay in the second half. Ta’amu, a former Ole Miss product who was taken as the Bandits’ first-round selection in the inaugural 2022 USFL Draft, threw for 185 yards on 20 of 32 passing with a touchdown and two interceptions.

The Bandits easily drove down the field on their first possession and cashed in with a BJ Emmons’ three-yard touchdown run. Ta’amu was 5 of 5 on the opening drive for 57 yards, as the Bandits took a 7-0 lead a little more than four minutes into the first quarter. Later in the half, on third and goal with just under a minute and a half to play, Ta’amu found wide receiver Jordan Lasley for a two-yard touchdown.

The Maulers also had a fair share of trouble in pass protection, surrendering three sacks and a ridiculous 12 tackles for loss. One can only assume that Wilson has plenty to take away from an embarrassing defeat in his first opportunity as a head coach at any level. But beyond the football field, he’ll have to focus equally as hard on righting the ship with his players and personnel who could be skeptical of his leadership ability after the tumultuous buildup to Week 1. Pittsburgh plays the Philadelphia Stars at 12 p.m. this Saturday in Week 2 of the USFL season. But that game won’t be played anywhere near Pennsylvania as all of the new league’s games are being played in Protective Stadium in Birmingham, Alabama.