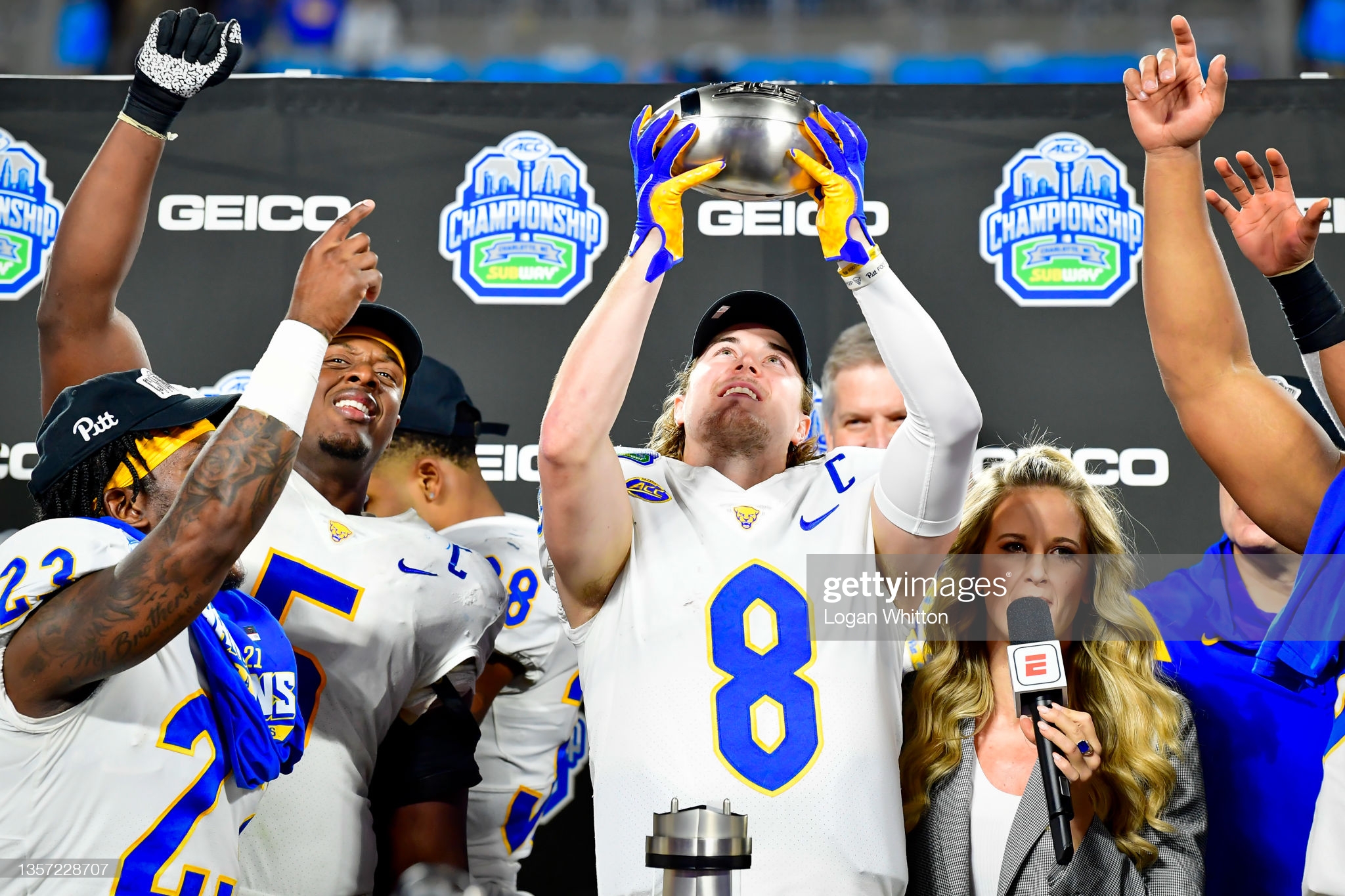 In a jumbled quarterback class, Pittsburgh’s Kenny Pickett largely stood above the rest of the top five at the position when it comes to NFL readiness.

Pickett, a four-year starter for the Panthers at 23 years old, has all the experience in the world coming out of college, and it helps that he ran a pro-style offense for the Panthers under former offensive coordinator Mark Whipple.

That pro-style offense experience, along with the added experience with another year in college, as well as the Senior Bowl experience, has Steelers’ GM Kevin Colbert believing Pickett can make the transition to the NFL.

“Yeah, we talk about it all the time. I mean, he’s coming from a pro system and sometimes it’s an easier transition. It doesn’t mean the player coming out of it can’t make that transition. It may take a little bit longer and you gotta be careful as to not over evaluate a player because he’s coming from a familiar system,” Colbert said regarding Pickett’s transition to the NFL, according to video via the Steelers’ YouTube page. “But I think Kenny, again, coming out that’ll help him. Going to the Senior Bowl helped him. And again, that was another great week where we got to see the top guys all in the same venue. So it’ll be familiar for him, but again, he’s gonna go from being a great college player to hopefully a great NFL player for us.”

At Pittsburgh, Pickett developed under the watchful eyes of offensive coordinator Mark Whipple, who of course had a hand in Ben Roethlisberger’s development all those years ago as a rookie in Pittsburgh. From 2004-2006, Whipple was the Steelers’ quarterbacks coach.

Taking over at Pittsburgh as the offensive coordinator and QB coach for the Panthers in 2019, Whipple spent three seasons developing Pickett, eventually helping him turn into a Heisman finalist in 2021.

How the experience at Pittsburgh translates to the NFL system under offensive coordinator Matt Canada remains to be seen, but being as pro-ready as Pickett is based on his last three years with the Panthers should give him a leg up on other rookie quarterbacks in the class.