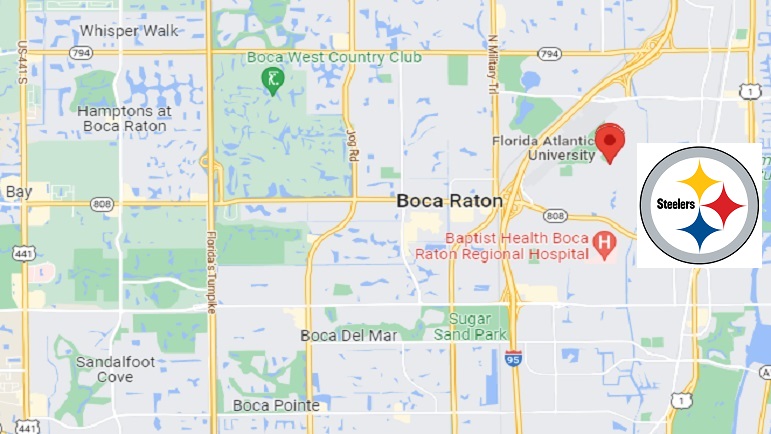 A few days ago, it was reported that new Pittsburgh Steelers quarterback Mitch Trubisky would be hosting a few offensive players for a weekend practice session at his home in Boca Raton, Florida, and according to a few social media posts on Thursday, wide receiver Chase Claypool and running back Najee Harris are just a few of the players who seem poised to be present for it.

According to the original report from NFL Network’s Aditi Kinkhabwala, Trubisky’s weekend guestlist includes the likes of Harris, quarterbacks Mason Rudolph and Dwayne Haskins, and a few unspecified wide receivers. Thanks to a Thursday tweet from Xavier Rivas, Harris is now in town for that Trubisky-hosted workout. Additionally, Steelers wide receiver Chase Claypool posted on Instagram on Thursday that he is also now in Boca Raton. Oh, and Steelers wide receiver Anthony Miller posted on Instagram on Thursday that he’s currently in Fort Lauderdale, FL, so odds are good he will be joining his teammates.

At last report, Steelers second-year offensive lineman Kendrick Green was sill training in South Florida, so perhaps he will also be attending that Trubisky get-together as well. We’ll have to continue to monitor social media accounts to see if any other offensive players from the Steelers check in from Florida in the next 24 hours.

This weekend get-together is certainly great to see ahead of the Steelers’ annual OTA sessions getting underway on May 24.

Update: Rivas told me he is pretty sure he saw tight end Pat Freiermuth and new wide receiver Gunner Olszewski out there today on the practice fields, and possibly even safety Minkah Fitzpatrick, as well.

Looks like Chase Claypool is in Boca Raton, Florida to get together with Mitch Trubisky and others for a weekend session. #Steelers #NFL https://t.co/GlH6hRiv7E pic.twitter.com/dgVSe6iZMq