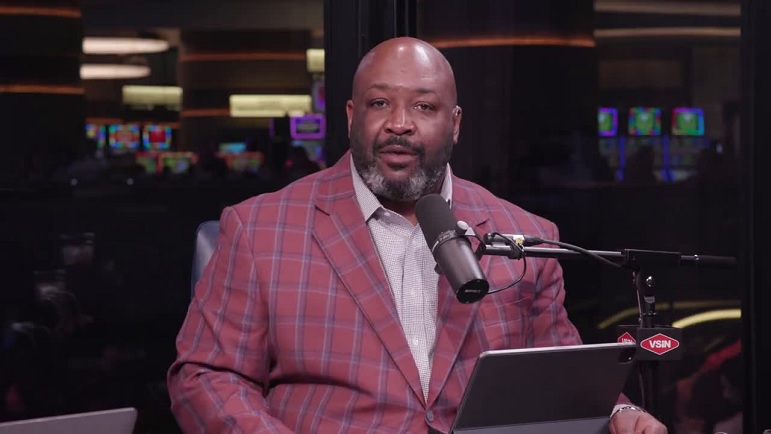 Despite national media reports to the contrary, Shaun King, originator of the Deshaun Watson to Pittsburgh rumors, is doubling down on his initial Wednesday report, still beleiving Watson will end up with the Steelers. Following Friday’s news that Watson’s criminal charges have been dropped, he is almost certainly going to be traded within the next few days. And King, as he said earlier in the week, believes Watson will end up a Steeler.

He appeared on VSiNLive to double-down on that belief.

“Absolutely, and this was the first domino that had to fall,” King said. “And it was significant domino because the reason that he had not already moved was because the criminal charges were hanging over the head of Deshaun Watson. Well, the grand jury decided today not to move forward with the criminal charges so this now allows Deshaun Watson to actively be on the trade market.”

King is correct in that assessment. Though Watson remains involved in civil suits, the lack of a criminal element is heating up his trade talks. Until now, teams were afraid to commit to a trade for fear of Watson being found guilty criminally, or at least heading to trial over the many allegations made by massage therapists for sexual harassment and assault.

For a highly-motivated Texans’ team, they figure to move on from Watson prior to the start of the new league year Wednesday. But as King points out, Watson has his own leverage in the form of a no-trade clause he alone can waive.

“And the next domino that will fall is the Houston Texans. The Houston Texans are in this for themselves. They want to get the best return in a trade that they can. But the third domino is this, Deshaun Watson has a no-trade clause, so he has a say in where he ends up.”

As King initially said, he believes Watson will force a trade to Pittsburgh.

“I still think he ends up with the Steelers because I think that’s where Deshaun Watson wants to be.”

The only other national report so far remotely linking Watson to the Steelers was a Friday night tweet from ESPN’s Kimberly Martin, who listed Pittsburgh as one team who had interest and/or had been closely following Watson’s case. All other national outlets have quickly dismissed any interest the Steelers might have in Watson. But King, clearly, stands by his report, and outlined what a trade for Watson could look like.

“I’ll say this, the Steelers will not be able to offer the best package, but it will be a significant package because whatever player or years they decide to send to Houston are gonna be significant.”

The Texans’ asking price has reportedly been at least three first round picks along with additional compensation in the form of players. Denver gave up a similar package to Seattle for Russell Wilson, trading away two first-round picks, two second-round picks, and two players (TE Noah Fant, DL Shelby Harris). King’s prediction is most interesting because of his focus on players, not picks, the Steelers would send. It’s unclear who those players could even be.

If King’s report is true and the Steelers are interested, they are far from the only team. Seattle and Carolina have been heavily linked to Watson while teams like the Saints, Bucs, and Browns have all been mentioned. That could drive up Watson’s price though again, his no-trade clause is a powerful chip.

“And I will say this, Houston is going to do exactly what they should do,” King concluded. “They’re going to try and leverage the interest from other teams and I know whatever fan you are of whatever team, they’re gonna say they’re not actively trying to trade for Deshaun Watson, every team in the NFL except about seven right now are having internal discussions about, do we think we have enough to get Deshaun Watson, because he’s that good. I ultimately think because that’s where he wants to go. I think there’s interest in Pittsburgh, that ultimately his destination and landing spot will be the Pittsburgh Steelers.”

King’s thoughts here are largely the same thing he said earlier in the week. And it’s no surprise to see him carry the same tune. Backing down now after the Watson trade wheels are in motion would be a terrible look. But King clearly is unwavering in his belief even as the rest of the media world doubts his claim.

The good news with all of this is we won’t have to wait long to find out if King has one of the best scoops in recent sports history or if he’s just flat out wrong. Watson is likely to be traded within days, not weeks, and the football world will get its answers soon enough.

Check out King’s response below to hear him double-down.