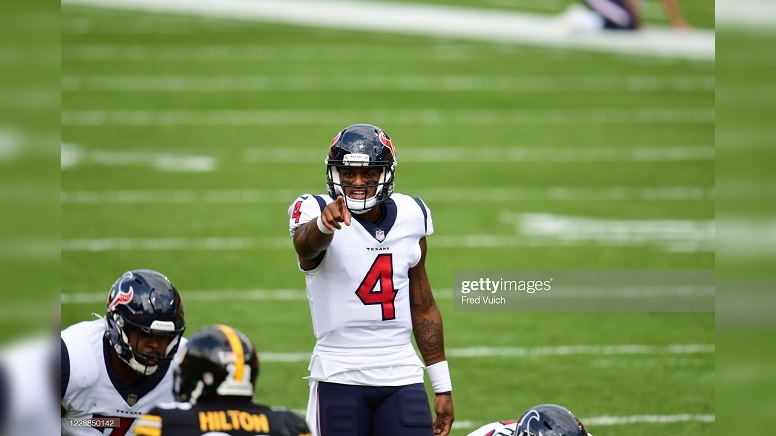 King joined VSiN’s Night Cap to expand on that tweet. In full, here’s what he said.

“The bat phone and the bat email, I woke up this morning, and had messages on both that the interest is mutual. And that Deshaun Watson has a no-trade clause in his contract but Pittsburgh is his desired destination, if he can find clarity with his legal situation.

“As we know, Pittsburgh is in a situation where they need a quarterback as well. They’re in the market for one. I think from a draft asset standpoint, Pittsburgh will have to get creative. I think the player or players they could send back are far more impactful and significant than what Denver sent to Seattle, which in my opinion, lessens the need for the amount of draft assets that Seattle was able to acquire for Russell Wilson. Again, this starts with Friday and hopefully things go well and we find some clarity. And I was told that soon thereafter there could be an announcement that Deshaun Watson will be the next quarterback of the Pittsburgh Steelers.”

It’s not much of an expansion on what King’s initial tweet-port said. A grand jury is convening Friday and if his criminal charges are dropped, teams would be more willing to trade for Watson even if his civil lawsuits remain. According to ESPN, if nine of the twelve grand jurors vote to proceed with criminal chargers, the Texas District Attorney could proceed with his case.

Arguably the newest and most interesting part of what King said was the draft compensation. King believes it will require more players and potentially less draft capital than what Denver gave up to Seattle for Russell Wilson. The Broncos traded two first rounds picks (2022 and 2023, the former being 9th overall), two second round picks, and a fifth round pick in exchange for Wilson and a fourth-round pick. The Broncos gave up two players, a solid defensive linemen in Shelby Harris and a good, young tight end in Noah Fant.

In King’s mind, the Steelers would be giving up more in the form of players and a little less in draft capital. The Texans have long been rumored to want three draft picks and more.

It should be noted the PPG’s Gerry Dulac quickly dismissed the idea following King’s initial tweet Wednesday while other beat writers agreed with Dulac’s assessment. To play devil’s advocate, the Steelers would be wise to dismiss any idea of a potential trade until his the criminal aspect of his allegations have been dropped.

Still, no other reporter has corroborated King’s report that I’m sure had national media members scrambling. The latest news on the Watson front is that Carolina plans to make a push for him. Is it possible King has a well-placed source? Given the craziness of the offseason even before free agency, anything is possible. With the relatively short timeframe King has stuck to, we should know whether or not he’s right by the end of the weekend, assuming Watson’s legal situation looks much better by then.

Check out the entire clip below.