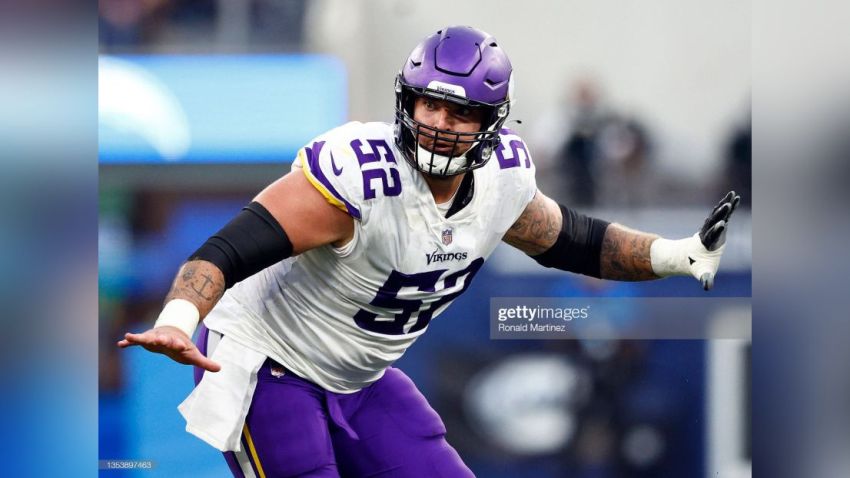 Mason Cole was drafted in the third round of the 2018 NFL Draft by the Arizona Cardinals. He is becoming well-traveled in recent years, after being traded a little under a year ago to the Minnesota Vikings, and now signing a three-year contract to join the Pittsburgh Steelers.

There is some speculation as to exactly what his role will be—guard or center, starter or reserve—but one thing he is confident in is that he will be able to handle whatever assignment he is given in Matt Canada’s offense.

“I’ve played in multiple different offenses now, and kind of done it all schematically in the last four years”, he told reporters last week during his introductory press conference. “For me personally, it didn’t matter to me, because I know that I can play in any offense in this league”.

Needless to say, everything radically changed in 2021 when he was traded, now working under Klint Kubiak as offensive coordinator, and Phil Rauscher as offensive line coach, his first season in the head role at the NFL level.

Entering his fifth season, Cole will be working with his fourth different offensive coordinator-offensive line coach pairing with Matt Canada and Pat Meyer in those roles—the former in his second season and the latter in his first. Like Mitch Trubisky and James Daniels for that matter, he is familiar with working in a changing environment.

And he also understands that, ultimately, it’s less about the offensive line than it is about the guys who move the ball. The offensive system is going to be built around what the skill position players and the quarterback do well, and the line has to adapt to that.

“Honestly, at this point, it’s what these skill players are most comfortable at, right?”, he said. “It’s what Najee [Harris] is comfortable at, what these quarterbacks and receivers are comfortable at, and what wins football games, too. As the year goes on and we get to know this team a little bit, we’ll find out more and more schematically about who we are”.

The thing is, we haven’t really seen this offense yet. What they ran with Ben Roethlisberger under center isn’t going to be the same as what they will with Trubisky, or likely any other quarterback they find. And they want linemen who will be able to adapt to the environment as necessary. Cole believes he is one of them.