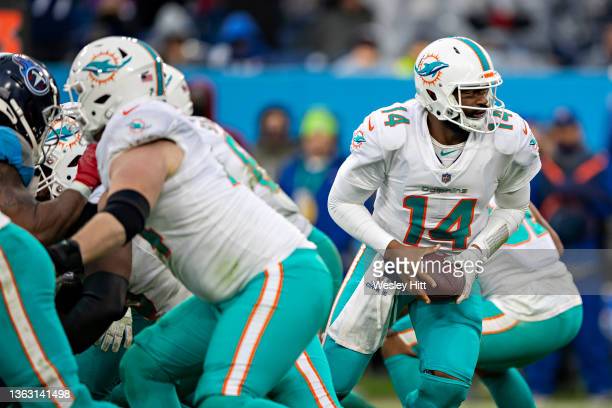 While Deshaun Watson is the biggest name being thrown around for the Pittsburgh Steelers, the team may perhaps be settling on a…less exciting option.

According to the PPG’s Gerry Dulac, the team is considering signing Miami Dolphins’ QB Jacoby Brissett after free agency begins on Wednesday the 16th. Here’s what Dulac wrote:

“The Steelers are discussing the possibility of adding a quarterback when free agency begins next week, and among the considerations is a player who has not been mentioned among the myriad of names being tossed around.

Miami Dolphins backup quarterback Jacoby Brissett, who has started 37 games in the NFL, could be an option because of his past relationship with four current Steelers assistant coaches, including offensive coordinator Matt Canada, according to sources.”

Brissett transferred to Florida from NC State at a time when Steelers’ OC Matt Canada, RBs Coach Eddie Faulkner, and WRs Coach Frisman Jackson were all on the Wolfpack staff. Brissett helped turn NC State’s program around. In 2013, the year before Brissett started, the team went just 3-9. In 2014, his first year as their starter, the Wolfpack finished 8-5 including a bowl win over UCF. The team went 7-6 the following season with another bowl appearance.

Brissett is a name we’ve talked about plenty during the offseason and he was part of our free agency wishlist released yesterday. Here’s what we wrote, making a similar connection.

“The biggest reason to sign him, frankly, is his lower cost (signed for $5 million in 2021, probably signs for about that in 2022, perhaps a little more) and familiarity with Canada and this offense. That’ll give him a good start on competing with Mason Rudolph this summer as opposed to having to start from square one in learning the playbook and what Canada is looking for.”

Dulac indicates a similar scenario that would see Brissett in a clear competition for the starting job but not being outright handed it the way a higher-paid player may be. His reporting seems to be a bit more of the dot-connecting than something concrete, but he thought about it enough to make it a headline story so it’s certainly worth noting.

“If the Steelers pursued Brissett, it is likely he would be brought in to challenge Mason Rudolph and even Dwayne Haskins to be the starter,” Dulac writes.

The Steelers have now been linked to a slew of veteran quarterbacks this offseason as the team searches for a starter to replace Ben Roethlisberger. Other names in connection with Pittsburgh include Mitch Trubisky, Jameis Winston, Teddy Bridgewater, Jimmy Garoppolo (who would need to be traded for) and of course, Watson.

Pittsburgh is all but guaranteed to add another quarterback over the next two weeks. It’s just a question — a big one, at that — of who that guy will be.