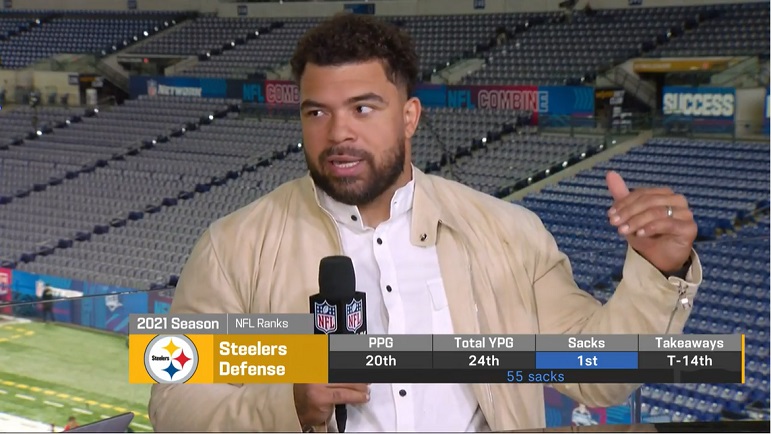 Will the Pittsburgh Steelers have defensive end Stephon Tuitt for the 2022 season? While it’s still extremely hard to answer that question with any certainty at this point, we are starting to hear more optimism as of late from members of the steelers organization when it comes to Tuitt’s 2022 status.

On Thursday, Steelers defensive tackle was a guest on the NFL Network while in Indianapolis for the annual NFL Scouting Combine, and he mentioned Tuitt’s name when talking about the whether or not he thinks the team will potentially have the pieces to compete in 2022 on the heels of veteran quarterback Ben Roethlisberger retiring this offseason.

“Yes, we do,” Heyward said. “And then, you know, on defense we have a monster group. You know, I feel like you’ve got the Defensive Player the Year [T.J. Watt]. You’ve got Minkah Fitzpatrick. You have myself, Stephon Tuitt, Tyson Alualu. Combine that all together, that is a winning success. You’ve just got to have a quarterback that can hold it together.”

While Heyward wasn’t pressed on Tuitt’s future after naming him by name in his answer, he certainly made it sound like he expects the team’s former second-round draft pick to play in 2022 after sitting out the entire 2021 season due to injury and personal reasons.

Earlier this week in Indianapolis, Steelers general manager Kevin Colbert sure gave us all some optimism when it comes to Tuitt possibly returning to play in 2022 when he talked during his several media interviews.

“Absolutely,” Colbert told Steelers Nation Radio when asked if Tuitt has expressed a desire to play again. “I mean, he wanted to play last year. He had a knee injury that he had to work his way through and obviously had the family situation that hurt that along those lines. But we respected what he had to deal with. And we tried to support him as best as possible.”

As most should know by now, Tuitt missed the entire 2021 season. First, his brother was killed in a tragic hit-and-run incident last summer. Tuitt then reported to the team at the beginning of training camp but never fully participated in practice when he was around, and he spent his time working on the side or not practicing at all. A supposed knee injury landed Tuitt on injured reserve at the start of the season and the team never activated him off it. That led many to speculate that Tuitt had decided to never play again.

“We’re very excited to see what the next step is for Stephon,” Colbert said this week of Tuitt. “We’re respectful of where he is, and we’ll continue to monitor that and see where it leads. Stephon went through a tough year, and we respect that and understood that. And where it happens from the next step, we don’t know. And we’ll always have that door open for him.”

The Steelers are not in a salary cap crunch this offseason, so it’s not like they need to part ways with Tuitt in that regard. They likely would like to have a definite on Tuitt’s plans by the time free agency starts and definitely by the start of the annual NFL Draft.

While we wait for a definite on Tuitt’s 2022 status, at least we are hearing his name more as of late, and in a positive manner, as well. Heyward is obviously close to Tuitt, so for him to talk on Thursday like he expects his longtime back in 2022 certainly is encouraging.