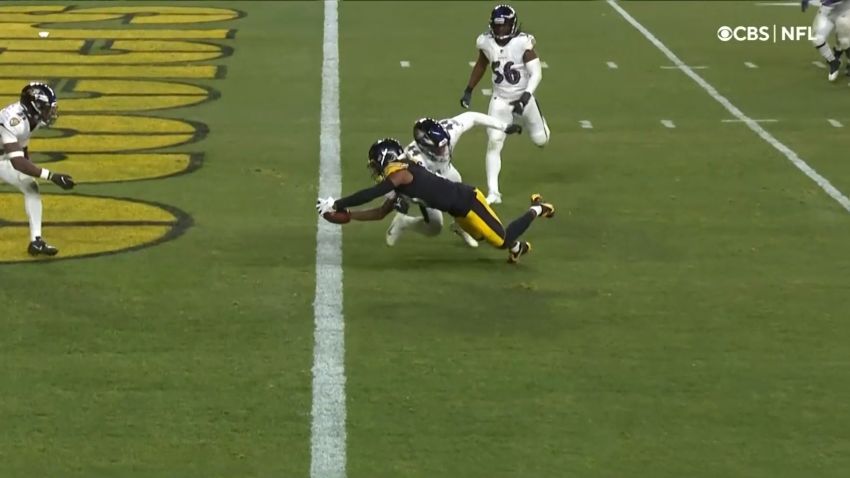 Let’s just start off with what I’m guessing the comments section is going to be filled with. Johnson did not end the season the way he would have wanted to, at all. After playing clean in terms of drops for the vast majority of the season, he dealt with a slight rash of them down the stretch, and that included him dropping two passes in the Steelers’ postseason game in the first half, though he rebounded a bit, catching a touchdown.

His performance and consistency seemed to take a hit after the initial Pro Bowl roster was released. It is pure speculation to suggest that there is a causative rather than correlative connection here, but Johnson did state during the season that making the Pro Bowl was a definite goal, and he indicated after the list came out that he felt snubbed. To add to that, he discussed the year before that a lot of his drop issues were mental.

But we really should not lose focus on everything that he did accomplish. He turned in the best season a Steeler wide receiver has had in years, catching 107 passes for 1,161 yards and eight touchdowns, even though he missed a game. He also had 53 rushing yards on five attempts.

He also converted 20 third- or fourth-down situations for the Steelers in 2021, establishing himself as a go-to player in clutch moments, including three of his eight scores. He remains one of the best route-runners in all of football, and continues to get better every year.

And let’s be very clear: His drop rate in 2021 was more than serviceable. It was even above average. The drops skewed toward late in the season, which weighs more heavily against him for many people, but judging his full body of work, this was not an aspect of his game that would get docked relative to the majority of his peers.