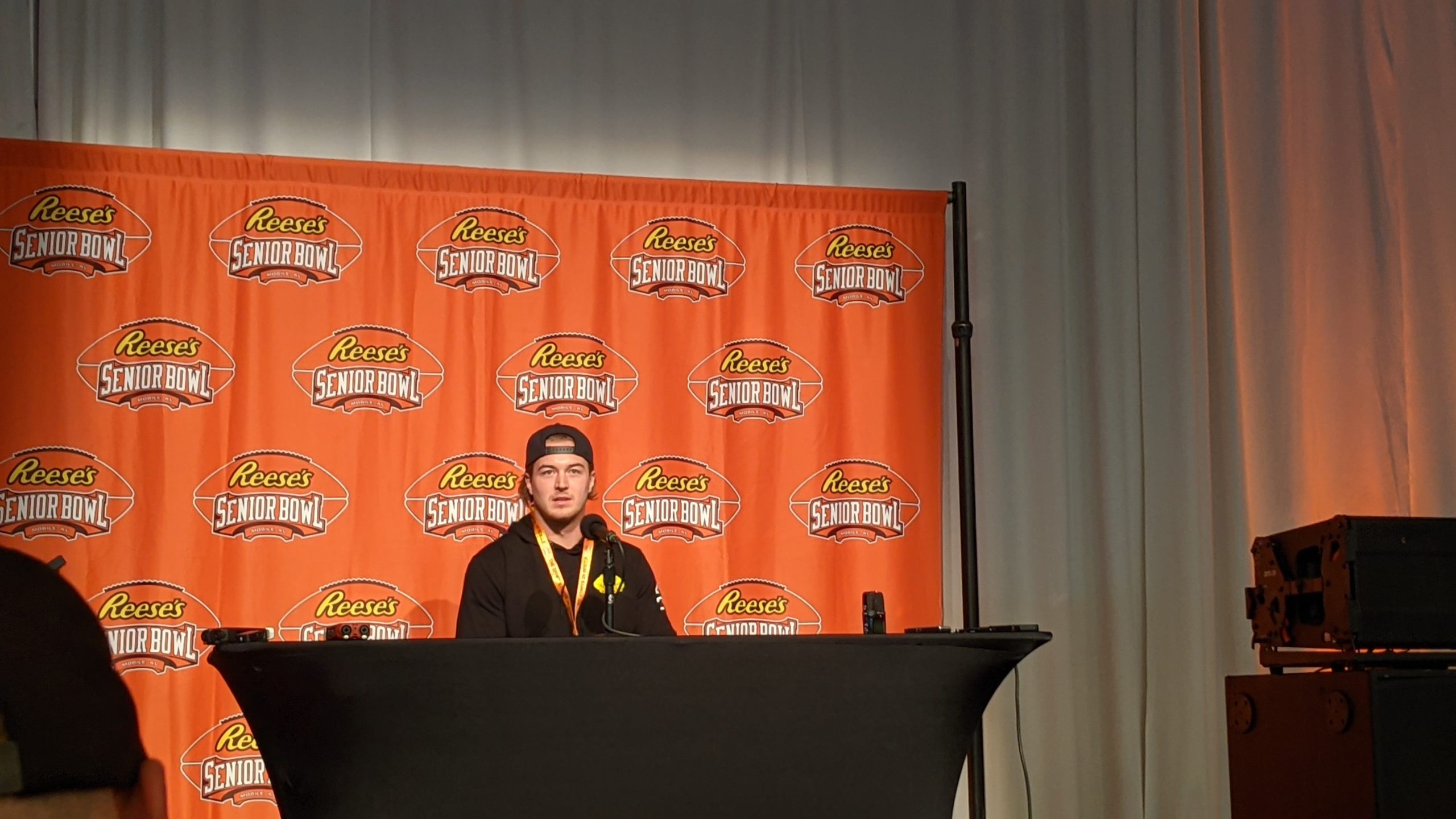 It’s feel-good story meets really-big need. Pitt quarterback Kenny Pickett is competing to be the top quarterback taken in the 2022 NFL Draft. And for the first time in 18 years, the Pittsburgh Steelers are in the market for a top-flight arm. Put the two together and there’s a very real chance Pickett remains in the ‘burgh.

Pickett was one of two players to speak Tuesday morning to kick off the 2022 Reese’s Senior Bowl. Steelers Depot asked the benefit of sharing the same facility as a NFL program.

“Seeing how they operate every day at practice,” Pickett told us. “We share a practice facility. Doesn’t mean that we see them in the building. But we see them outside of the building, see how they go about their business, how they work, go through their walkthroughs, how professional they are. As a young kid coming into Pitt, freshmen and sophomores can see how things are supposed to be done on our practice field obviously at the highest level next door.”

Healthier and more mobile, Pickett enjoyed a breakout 2021 campaign, throwing 42 touchdowns to just seven interceptions as he led the Panthers to an 11-win season, their first since Dan Marino did so in 1981. Pickett is part of that tight cluster of quarterbacks jockeying for position in Mobile, battling the likes of North Carolina’s Sam Howell, Cincinnati’s Desmond Ridder, and Liberty’s Malik Willis. There’s also Matt Corral, who is not eligible for the Senior Bowl but part of that Top 20 conversation.

If there’s a team that will know Pickett as well as anyone, it’s the Steelers. Not just for their proximity to each other but a relationship that’s been building back since Pickett came out of high school in New Jersey.

“[I’m] really familiar with Coach Canada as well. He recruited me to Pitt. So I have a great relationship with him.”

Canada served as the Panthers’ offensive coordinator and QBs coach for the 2016 season, helping to convince Pickett to join Pitt over the ten other offers he received. Canada never coached him in a game, leaving for LSU in 2017, but that connection still exists. The parallels don’t stop there. Pickett was coached by Mark Whipple, the Panthers’ OC. Whipple was Ben Roethlisberger’s first QB coach when he arrived in the league in 2004.

The NFL Draft can be cold and calculated. Players aren’t drafted just because it’s a good story. They’re drafted because they’re talented, a scheme-fit, and above all else, can help the team win. Sometimes though, it’s both. The perfect fit. To hear Pickett tell it, staying in Pittsburgh would be a storybook ending.

“The possibility of getting drafted there would be really unbelievable. Pittsburgh is really my second home. That’d be kind of a dream. Getting recruited to Pitt and maybe at the next level. So we’ll see what happens.”

Pickett has called Pittsburgh home for the last five years. The Steelers might make it home for ten more.