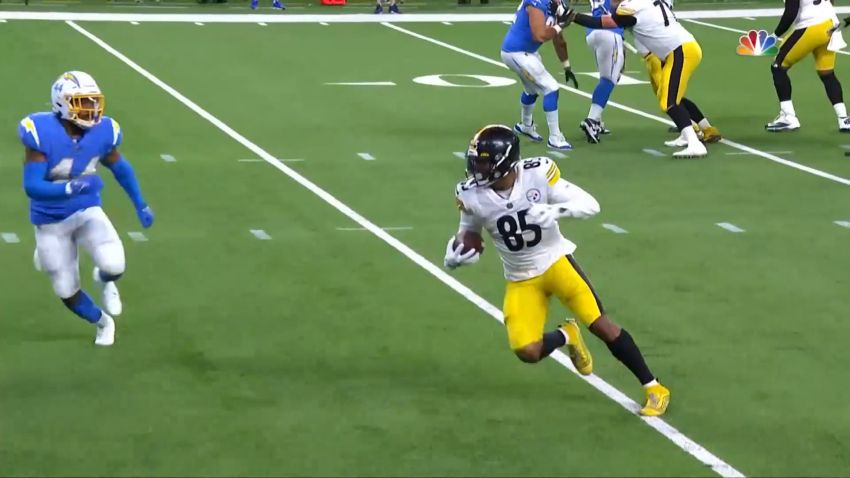 Reasoning: The veteran tight end was gradually phased out of his central role in the offense, only to suffer a season-ending injury mid-year as his contract came up, likely ending his Steelers career with a whimper.

It may be somewhat easy to forget about Eric Ebron, considering the fact that rookie tight end Pat Freiermuth quickly began to overshadow him even before an injury caused him to miss more than half of the season. That alone may suffice to lower your stock.

But in the eight games in which he did play, he did play a relatively substantial amount, 246 snaps, averaging about 45 percent of the workload. A year earlier, his first with Pittsburgh, he saw nearly a career-high after logging 74 percent of the offensive snaps, however.

But he was pretty much the only functional tight end at the time, with Vance McDonald winding down and his blocking prowess leaving onlookers something short of inspired. This past season, we saw not just Freiermuth stepping right away, but also Zach Gentry playing a sizeable role from the word go as the team’s primary blocking tight end.

Yet still they found snaps for Ebron, playing around 35 snaps per game, even if it often didn’t feel that way. He was targeted just 18 times, catching 12 passes for 84 yards and one touchdown. He also had a one-yard run for a touchdown—the play on which he was injured.

Now a pending free agent, even though he will still only be turning 29 in April, there’s not likely to be a robust market for his services, even as a former Pro Bowl tight end, who did have an overall solid and representative season in 2020 for the Steelers (56-558-5)—minus the drops.

Ebron played under a two-year, $12 million contract. He’s not going to see that average again, three years removed from his Pro Bowl season when he was still 25 years old. Would the Steelers have any interest in retaining him on the cheap? I honestly don’t know, but it would require him being willing to accept a backseat role. With the departure of multiple wide receivers, it might not be the worst idea to keep another receiving tight end around.