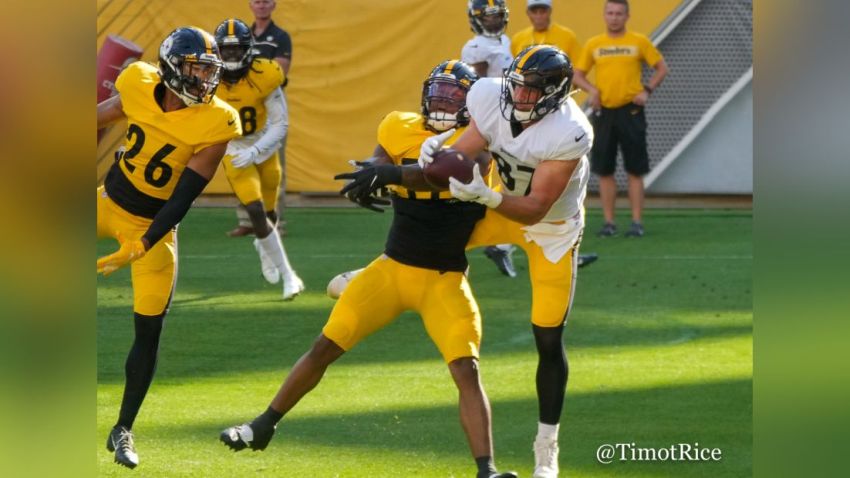 Question: Will Kevin Rader be the Steelers’ number three tight end in 2022?

This may not feel like the most pressing or significant question that we could be asking right now with regards to the current state of our Pittsburgh Steelers, but it is the question that I’m asking today. With Eric Ebron set to be a free agent and unlikely to return, the team already has three tight ends who have been in their system—but will they add to it?

Obviously, Pat Freiermuth is on the top of the depth chart as their 2021 second-round draft pick, who caught 60 passes for almost 500 yards and seven touchdowns as a rookie. Behind him is Zach Gentry, who had a consistent and growing role over the course of the season.

Ebron had a role, as well, at least until he got injured. It’s hard to see them bringing him back, at least as we sit here today, though we can’t entirely rule it out, especially if his price tag is considerably lower than the $6 million per season mark.

Kevin Rader is the other tight end in question. The guy has been with the team for three years now, albeit mostly on the practice squad. He is a blocking-capable special teamer, who has dressed for seven games in his career—nine if you include two postseason games. And he’s logged 70 special teams snaps doing so.

He also has a little over 50 offensive snaps, which obviously isn’t much. He has two catches for eight yards. According to our own training camp reports, he did show some growth as a receiver this Summer compared to the past, but he will be a blocking-first guy.

On paper, he is a reasonable candidate to remain in that number three role, but this is a position the team could easily decide to address, especially if Matt Canada sees somebody who interests him.