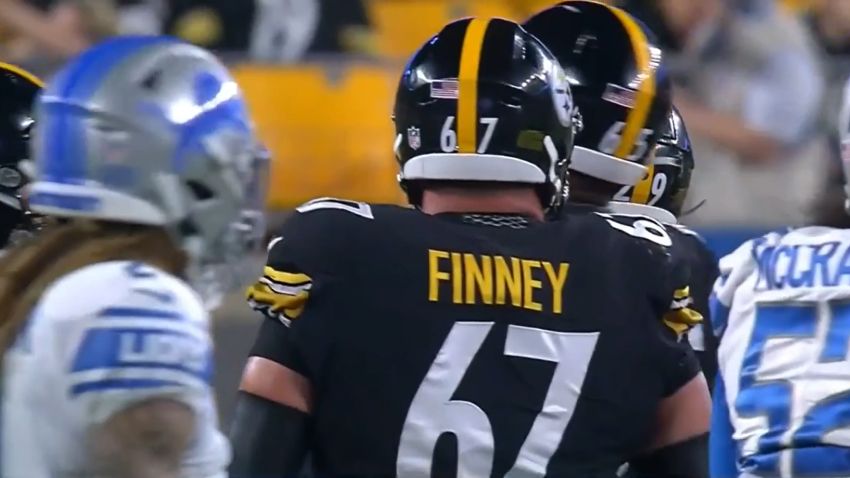 B.J. Finney left the Steelers in 2020 in pursuit of better pay and a chance to start when he hit free agency, signing a two-year, $4 million contract with the Seattle Seahawks. He didn’t last the season before he was traded to the Cincinnati Bengals and was released the following offseason.

According to Finney, he had great difficulty staying in shape due to various complications created by the COVID-19 pandemic at the time, which he says played a factor in his not being able to play up to the level he believes he can while with the Seahawks.

In need of cheap depth, Pittsburgh picked him back up last offseason, signing him to a veteran-minimum contract that included no signing bonus. He did enter the year as the team’s primary backup guard, and even was the first to start after Kevin Dotson got hurt, but he himself quickly got hurt as well mid-year, and spent the rest of the season on the Reserve/Injured List.

In all, he played just 87 snaps on offense for the Steelers in 2021 across seven games, making two starts, but getting hurt very early in that second start. Once viewed as a starter in waiting, he may by waiting for a phone call from teams this spring instead.

The best thing going for Finney is the fact that he’s not going to be able to command any kind of price beyond the minimum salary. It’s been two years since he’s done anything relevant at this point, and since then, he’s been out of shape or injured for a large portion of that time.

The veteran minimum salary for a seventh-year player in 2022 is $1.12 million, but with the Veteran Salary Benefit, assuming he signs with no bonus, his cap hit would only be $895,000, equal to that of a second-year player. A player with no experience has a minimum salary of $705,000 for 2020, so the difference between Finney and a rookie undrafted free agent would be $290,000.

The fact that the Steelers got solid out of practice squad regular John Leglue following his injury won’t do Finney any favors in looking to get another contract, but the team may feel that they have enough need for depth that it wouldn’t hurt to bring him back anyway.

Realistically, there isn’t any downside to re-signing him, assuming that it’s a minimum contract with no signing bonus. If he fails to make the team, there’s no dead money to worry about, but at least you gave yourself the option of letting him try to earn a roster spot. On those grounds, I wouldn’t object to re-signing him. And let’s not forget that he was their first guard off the bench right up until he got hurt (though J.C. Hassenauer was their first center of the bench).