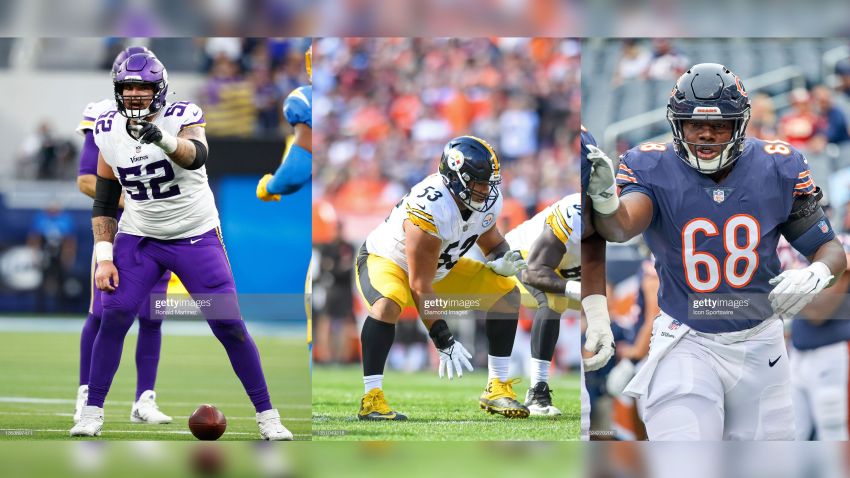 Kendrick Green: Last year’s third-round draft pick had a tumultuous rookie season, not only asked to move to center after spending most of his time at guard, but also being thrust into the starting lineup before he was ready. He will be competing for a starting job this year, either at center or guard.

Kevin Dotson: Going into his third year, Dotson’s first season as a full-time starter was a disappointment, spending half of it on the Reserve/Injured List with a significant ankle injury. He entered training camp nursing an injury and had to work his way back into the starting lineup from there, but seemed to be getting better leading up to his injury. He, too, will compete for a starting job again.

J.C. Hassenauer: Now going into year three, Hassenauer does have seven career starts under his belt, mostly at center. The team seems to view him primarily as a center, and he should have an inside track to a backup role—possibly with a slim chance of competing for the starting center job.

John Leglue: Spending time on a 53-man roster for the first time in his career in 2021, Leglue actually finished the 2021 season making several starts at left guard following a string of injuries. That cameo at least put him in the running to make the roster in 2022.

Malcolm Pridgeon: First signed during training camp, Pridgeon is a practice squad veteran, having never made his NFL debut since going undrafted in 2019. He spent the entire 2021 season on Pittsburgh’s practice squad, minus a stint on the COVID-19 List.

Nate Gilliam: First signed to the practice squad on the first day of winter, Gilliam was released a week later to bring Pridgeon back from the COVID-19 List. However, he was signed again in early January, and then signed to a Reserve/Future contract at the end of the season.

James Daniels: Daniels was signed to the largest contract the Steelers have ever given to a compensatory, unrestricted free agent in team history, signing a three-year, $26.5 million deal. He figures to be their plug-and-play right guard, though he has starting experience at all three interior positions. He was teammates in Chicago with Mitch Trubisky.

Mason Cole:  Like Daniels, Cole was a significant free agent addition. He is also capable of starting at all three interior positions, though his stated preference is to play center. While he should be the favorite to start, if not a center then at guard, he may be asked to compete for the job. He has been both a starter and a backup in his career.

Trai Turner: Signed last year to a one-year deal after the Steelers released David DeCastro due to injury, Turner was the Steelers’ starting right guard all of last season, playing on a $3 million deal. He remains unsigned at this point in time, likely to be signed after the draft when teams don’t have to factor him into their compensatory formula.

B.J. Finney: Finney opened the 2021 season as the Steelers’ primary backup guard, with Hassenauer the primary backup center. He started after Dotson was injured, but then was injured himself. As of now, he also remains unsigned, and it’s not likely at the moment that Pittsburgh will be looking to bring him back, as they have interior depth.

Even though the Steelers could improve their starting lineup along the interior, I do not anticipate that they will draft one, or if they do, it won’t be early in the draft. They added two likely starters in free agency and at least have enough internal options to have a competition for the third starting job, with the losers retained as depth.

The tackle position is of more immediate concern, both in terms of potentially adding a starter (which could be either on the left or right side) and in finding depth, because right now, Haeg is the only significant player they have behind their projected starting tackles.

With that being said, there probably wouldn’t be a lot of complaints if they were to take somebody like Zion Johnson with their first pick. Nobody ever complained about having too many good linemen.