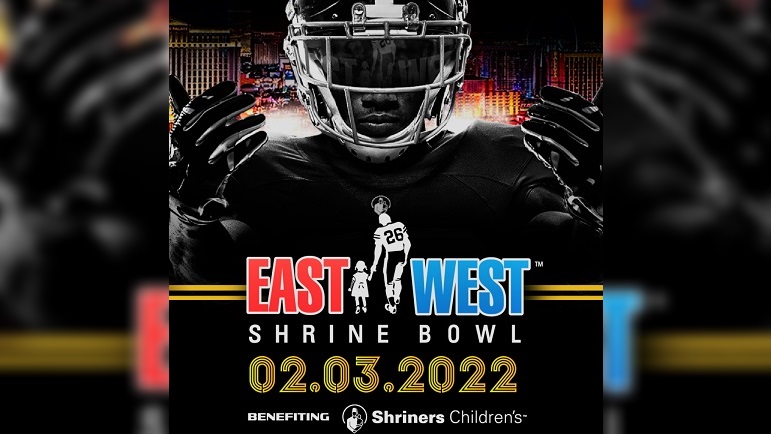 The 2022 East-West Shrine Bowl will be played Thursday night and this past week we have had three site contributors, Melanie Friedlander, Owen Straley, and Josh Carney, all present in Las Vegas, NV to cover the practices and media sessions leading up to the contest. With the practices now completed and the game set to be played Thursday night at Allegiant Stadium in Las Vegas, I asked Melanie, Owen, and Josh to each identify three players that fans of the Pittsburgh Steelers might want to pay close attention to. throughout the contest. We’ll have a game thread posted later today for those of you would like to discuss the annual all-star game. The game starts at 8 p.m. ET on Thursday night and can be viewed on the NFL Network.

WR Tyquan Thornton (Baylor) – 6020 – 177 – (West No. 18) – Probably the fastest player on the field tonight, Thornton is a talented route runner who can also get separated. While there has been discussion about his smaller hand size, he makes contested catches and never had a fumble in any of his four seasons. In his senior year he registered 62 receptions for 948 yards, averaging 15.3 yards per reception with a long of 75 yards. With his combination of pure speed, technique, and consistency, Thornton should be getting more notice heading towards the NFL Combine and the draft.

RB Ty Chandler (North Carolina) – 5107 -203 – (West No. 19) – A four-star recruit in 2017, Chandler played four seasons for the Volunteers in his home state of Tennessee racking up 2046 rushing yards and 13 touchdowns as well as 465 receiving yards and 3 receiving touchdowns. After graduating, he transferred to North Carolina for graduate studies and his final year of added eligibility, and the move has paid off. He rushed for over 1000 yards and 13 touchdowns and again was a reliable pass-catcher for an additional 216 yards and another touchdown. A dual-threat back who can find gaps and gain yards after contact, Chandler will hear his name called in the 2022 draft.

TE Nicolas Muse (South Carolina) – 6043 – 259 – (East No. 89) – Now fully recovered from surgery to repair a torn ACL in 2019, Muse returned for his “super senior” season with the Gamecocks. He recorded 20 receptions for 222 yards and 2 touchdowns. He improved his blocking game after training with a punching bag in the offseason. He has enough speed to make plays down the seam and was a favorite redzone target during this week of practice. With fellow East team Pitt tight end Lucas Krull sitting out, Muse should benefit with additional targets.

CB Decobie Durant (South Carolina State) 5093 – 174 – (East No. 7) – The South Carolina State product had a productive fall, finishing the season with 30 tackles, three interceptions, 15 passes defended, a figure which placed him atop the MEAC conference. He notably had two interceptions in a nationally televised September game against Clemson, which put him on the radar of the draft community. Later, after a standout performance in the nationally televised upset of 11-1 Jackson State in the Celebration Bowl, which included the first sack of his career, Durant earned praise from Deion Sanders. The NFL Hall of Famer and current Jackson State head coach stated “They’ve got a corner over there that should be recommended for the NFL, I am sure he is. He should get his shine on.” During this week’s Shrine Bowl practices, Durant was largely avoided by the East squad’s quarterbacks in 7v7 and team sessions, showing the ability to blanket receivers out of both press and off man alignments. In his zone assignments, Durant did a great job of gaining depth to take away deep and intermediate passing windows, forcing quarterbacks to settle for checkdowns when looking to attack his area. Particularly in press, Durant showed that he has a lot in the toolbox, showing proficiency in the inch technique, off hand jam, and one hand stab, while frustrating receivers in the red zone with physical jump jams. Look for him to capitalize if he is targeted tonight.

S Russ Yeast (Kansas State) – 5100 – 192 – (East No. 25) – After transferring from Louisville with a cornerback background, Yeast posted his most productive year this year after transferring to Kansas State, where he started all 13 games at safety. On the year, Yeast posted 48 tackles, 1.5 tackles for losses, four interceptions, and 14 passes defended, earning him First Team All-Big-12 Honors in his first season in the conference. At Shrine Bowl practices this week, Yeast showed unmatched versatility, as the only player on either squad’s roster to take snaps at post safety, strong safety, nickel, and boundary cornerback. In 1v1 drills, Yeast stood out in his ability to move like a cornerback, allowing him to frustrate tight ends and slot receivers alike in his slot matchups. He is particularly effective in catch man, where he is able to use his thick frame and functional strength to force receivers off their path, allowing him to undercut routes and make plays on the football. With the team still searching for Mike Hilton’s replacement, Yeast, who has the ability to man up slots at a high level and is not afraid to mix it up in the run game, could help the team get back to comfortably playing their nickel package on run downs. Watch where Yeast lines up throughout tonight’s game, as it will likely give us a good indication of where scouts see him playing at the next level.

CB Kalon Barnes (Baylor) – 5114 – 183 – (West No. 2) – Kalon Barnes was the standout at the defensive back position on the West roster during Shrine Bowl practice week. With three years of starting experience in the Big-12 at Baylor, Barnes compiled 68 tackles, a forced fumble, three interceptions, and 14 passes defended during his collegiate career. In 1v1 drills this week, the Baylor product was able to disrupt receivers at the line of scrimmage with his length and showed great ball skills downfield, high pointing the football for timely pass breakups. As the defensive playbook expanded throughout the week, Barnes was particularly effective as the flat defender in Tampa 2 assignments, where he was able to reroute receivers before sinking and using his length to occupy intermediate passing windows. It will be interesting to see how Barnes tackles in tonight’s game when given the opportunity to rally up and tackle checkdowns in the flat. Moreover, it will be interesting to see how he handles matchups against Tulsa’s Josh Johnson, the best route runner on the East squad and Miami’s Charleston Rambo, who has shown the ability to win vertically and come down with contested catches all week. If he’s able to shut down the East’s talented receiver room in tonight’s game, potentially capitalizing on an opportunity or two with the ball in the air, he will be on the right track toward hearing his name called this spring in the NFL Draft.

OL Cordell Volson (North Dakota State) – 6060 – 319 – (West No. 67) – No player caught my attention this week in Las Vegas more than NDSU OL Cordell Volson. A three-year starter for the Bison, Volson showed up at the Shrine Bowl and dominated in the trenches. He can play both guards and right tackle at the next level and showed off impressive power and good feet throughout the week. He projects as more of a right tackle for me at the next level, but he looked very comfortable at either guard spot all week long and was head and shoulders better than any other offensive lineman in Las Vegas.

OL Xavier Newman-Johnson (Baylor) – 6016 – 303 – (West No. 53) – At first glance, Baylor’s Xavier Newman-Johnson appears rather small, which could scare off the Steelers and their fanbase one year after taking a small interior iOL and seeing tough results. However, Newman-Johnson makes up for it with impressive athleticism, great footwork and hand placement, a high football IQ. Newman-Johnson picked up the playbook quickly in Las Vegas, handled everything thrown at him throughout the week and really impressed in individual and team settings against bigger, stronger players. Add in the ability to play both guards and center and there’s — at minimum — a solid backup option in the NFL.

WR Josh Johnson (Tulsa) – 5102 – 176 – (East No. 84) – Sometimes you can just tell a guy is different up close and in person compared to other players around him. That was Tulsa WR Josh Johnson all week long. Wearing No. 84 and having an eerily similar build/demeanor/gait of a former Steelers’ receiver early in his career, Johnson turned heads from the moment he stepped onto the field at the Fertitta Football Complex on UNLV’s campus. Johnson was one of the best route runners throughout the week in Las Vegas, consistently creating separation and was really explosive in short areas to win rep after rep. He profiles as more of an X than a slot at this point, but you can never have too many wide receivers with high-level traits.