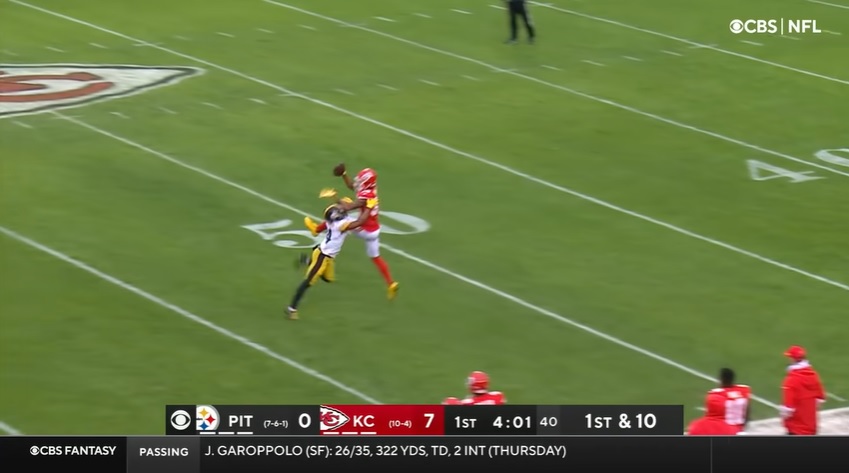 Nothing about the playoffs is easy. Doesn’t matter if you’re clear-cut favorites or in the Pittsburgh Steelers’ case, obvious underdogs. Everyone has a long road to travel. In his 18th year, Ben Roethlisberger knows that better than anyone else. And a 2021 Steelers’ team that has overcome plenty trials and tribulations will need to do so again this weekend against the heavy-favorited Kansas City Chiefs.

“Like I talk about every single [week], there’s gonna be a storm,” he said via Steelers.com. “You have to weather it. You hope that you are able to produce a little bit of storm for them too. Just understanding the importance of every play. But it’s a fine line, not putting too much pressure on yourself.”

Above all else, the Steelers can’t create that “storm” for themselves by turning the football over. Three turnovers in their Week 16 blowout loss to the Chiefs doomed them. This Pittsburgh team has very little margin for error. When they have turned the ball at least once this season, even if they won or tied the turnover margin, the Steelers are 5-6-1. In games in which they did not turn the ball over at all, they are 4-1.

If Pittsburgh can take care of the football against the Chiefs, and force a turnover or two of their own, they’ll have a shot to win the game.

As Roethlisberger said earlier in his press conference, he’s going to enter the game playing with house money.

But what can’t happen is giving the Chiefs extra possessions and short fields via turnovers. That dooms any team, especially severe underdogs like the Steelers. The goal is to make this game close heading into the latter stages of the fourth quarter. Accomplish that and it’s anyone’s game. When there’s five minutes left and it’s a one-possession game, records, point spreads, and everything else goes out the window.