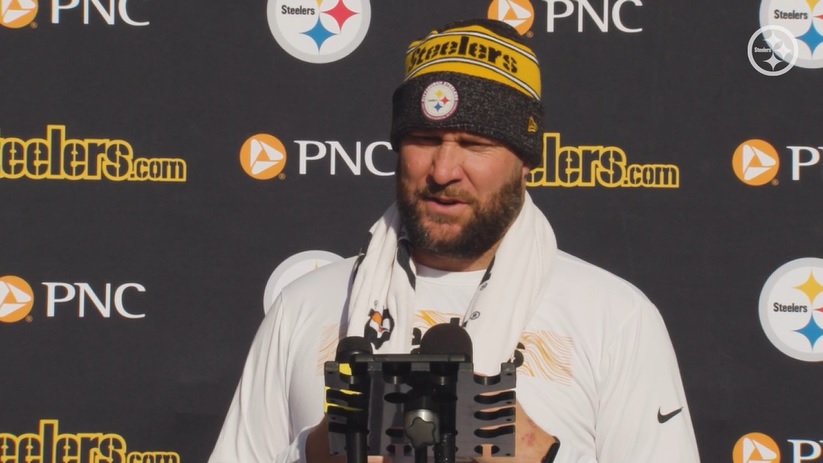 The Pittsburgh Steelers enter the postseason with zero expectations. None. Nada. If they get blown out by the Kansas City Chiefs Sunday night, no one will bat an eye. It’s expected. Heck, it just happened three weeks ago. It’s an unusual position for the Steelers to be in, normally entering playoffs as division winners or one of the favorites. For Ben Roethlisberger, it’s created a different, looser perspective.

Speaking with the media Wednesday, he talked about being the underdog.

Not exactly a Braveheart rallying cry to rally the troops, but probably a tongue-in-cheek comment about what the national pundits have said. Even NFL.com called the Steelers the Zombie team that just won’t die which, hey, is pretty on the money. There’s no question it’s a minor miracle Pittsburgh is even in the playoff conversation, a team that has won ugly and also just played ugly.

The silver lining to all of that is there isn’t any pressure. The Chiefs have all the pressure. If Sunday’s game gets competitive, it’ll be Kansas City, 12.5 point favorites, that’ll feel it. The Steelers will only feed off of it. If the 2021 season has proven anything, upsets happen every single week. It took 15.5-point underdog Jacksonville to pull off an upset of the Colts to even open the door for Pittsburgh to get into the postseason. So who knows what will happen.

Beyond playing loose and free, Roethlisberger’s message to teammates is to pour all they have into Sunday night’s game.

“It’s kind of one of those things where you never really know if you’re gonna get a chance to get back. When I tell them that they look at me like, ‘well, you’ve been here 12 times in 18 years.’ I just try and reiterate to them that you just gotta appreciate, you gotta understand it. You have to go out there and just fully commit everything to it. Because every mistake is magnified. But you gotta go have fun at the same time. So hopefully they all understand. And I think they do.”

It was the team’s approach in 2005, the sixth and final seed who went on a spectacular Super Bowl run. The odds of that happening again are slim, and Roethlisberger was hesitant to make such a comparison, but it is the postseason. You never know what’s going to happen.