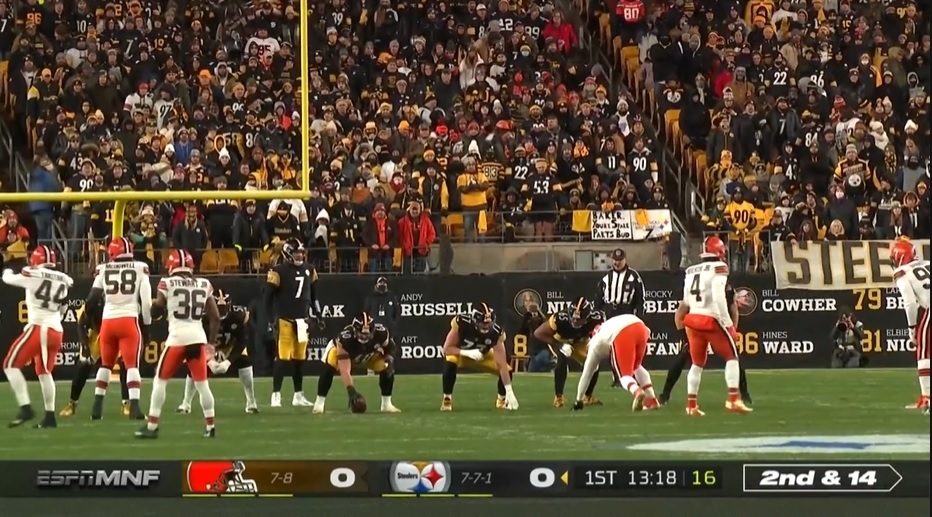 In J.C. Hassenauer’s first start at center this season, the Pittsburgh Steelers rushed for 190 yards, the most they’ve run for as a team in 4.5 years. That can’t be entirely attributed to Hassenauer’s ascension into the lineup, but it certainly can’t be ignored either. Speaking to reporters during his Tuesday press conference, Mike Tomlin praised Hassenauer’s play pre and post-snap.

“I liked a lot of what I saw last night, not only in his play, but in his communication,” Tomlin said via the team YouTube channel. “He did a nice job of communicating with the group and identifying people both in the run and in the pass.”

Hassenauer got the nod for rookie Kendrick Green, who dressed but did not play after battling a calf injury during the course of the week. Najee Harris did plenty of heavy-lifting, especially on his two longest runs of the season, but the Steelers’ offensive line was physical and got a better push to give Harris more clean air to get into the second level and win those matchups.

Tomlin cited Green’s lack of practice reps as the driving reason behind starting Hassenauer Monday night. With Green likely healthy enough to practice and play this week, Tomlin said the decision will be much tougher.

“It’ll probably be more difficult for us this week. He’ll probably have a level of readiness that happens earlier in the week this week. But we’ll make the decisions that are best for us in terms of putting us in the best position to have a good offensive output and thus win the game.”

Green has predictably struggled in his first year. Despite the Steelers calling him “game ready,” Green was an underclassmen who didn’t play much center in college, making for a tough transition to the pros. He was a rawer prospect needing to improve his technique to overcome his lack of size and length. Hassenauer has similar issues but is a more veteran and technically sound player with a mean streak of his own.

Simply put, Hassenauer has been the more effective player. And with the Steelers’ playoff hopes still alive in Week 18, even if those chances are slim, the decisions have to be about playing the best people. Right now, it’s hard to argue against Hassenuer getting the nod. Hopefully the team will finally get back OG Kevin Dotson, who has missed the stretch run due to an ankle sprain.