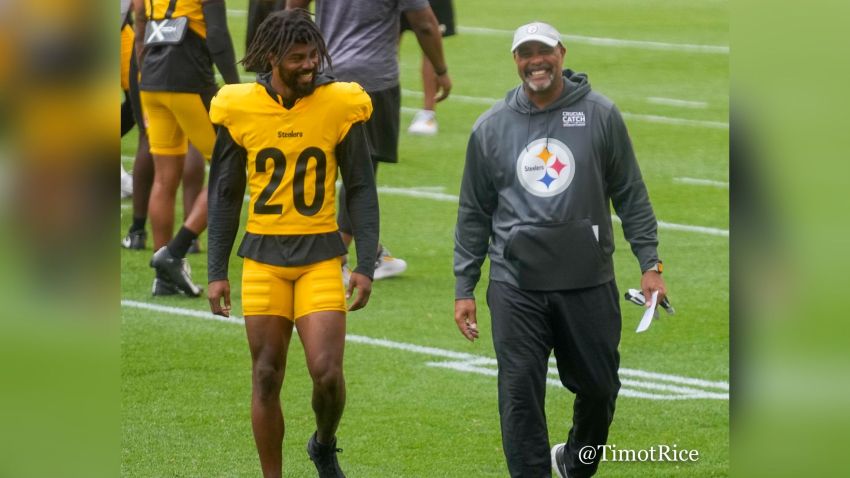 Keith Butler believes his replacement for the Pittsburgh Steelers’ next defensive coordinator is just a few doors down. Joining 93.7 The Fan’s Andrew Fillipponi and guest appearance by Aditi Kinkhabwala, Butler strongly hinted that Steelers’ defensive assistant Teryl Austin will be the team’s next DC.

“He needs to get somebody that’s going to help him. I think he’s got an idea who he wants. I’m pretty sure that Teryl Austin is going get a good chance of being the coordinator here,” he told the show Monday.

Butler’s commentary comes as little surprise. Austin was expected to be the frontrunner for the job even before Butler officially announced his retirement over the weekend. Given Mike Tomlin’s control over the defense, a topic Butler expanded upon today, convincing a flashy out-of-house hire to join the Steelers would be hard to do.

Still, the team is obligated to look at external candidates. NFL rules mandate they interview at least two minority candidates outside the organization, meaning Austin does not count. They’ve already submitted a request to talk with Giants’ DC Patrick Graham and assuming that interview is granted, they will have to interview someone else. But it’s all likely to end in Austin being named the team’s next defensive coordinator.

Butler praised the job Austin has done with the team while outlining their duties during the week.

“And Teryl does a good job. He did a good job of helping me in terms of laying out the game plan and stuff like that. And we did that. We laid out the game plan as position coaches and I did – we all got together and did all that stuff. And then Mike would put his two cents in in terms of what we wanted, what we’re going to try to do. And that’s how we did it and I think it worked out for the most part.”

Austin has been a NFL DC with two teams, spending several years in that role with the Detroit Lions and even earning head coach buzz along the way. He also spent part of the 2018 season with the Cincinnati Bengals but was fired in November of that year after his defenses allowed some crooked numbers. Still, he’s respected as a leader and mentor and has had a positive impact on the Steelers’ secondary since being hired in 2019.

Despite Austin’s experienced resume, Butler said he expects the playcalling duties to stay in Tomlin’s hands.

It’s unknown when the Steelers will officially fill the role. They can’t make the hire until fulfilling the Rooney Rule requirement. But the team likely isn’t in a rush for an announcement. While teams prefer to settle their coaching staffs prior to next week’s Senior Bowl, Austin is already on staff and should accompany the team down there (or go to the Shrine Game, held during the same week).

Though Austin works closest with the secondary, the team won’t necessarily have to hire a new secondary coach. Pittsburgh tabbed Grady Brown for that role last season and he should take over full-time in 2022.