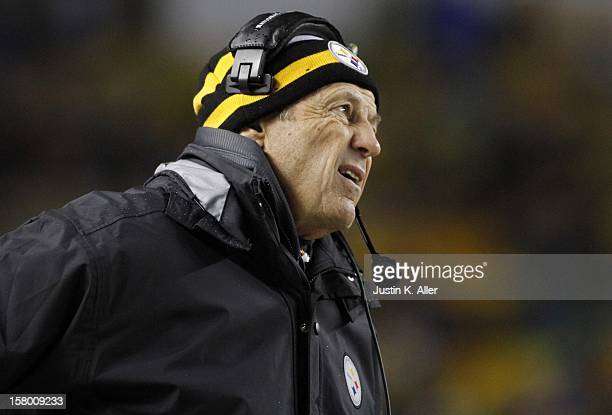 Butler joined The Fan’s Andrew Fillipponi and NFL Network’s Aditi Kinkhabwala to talk about Tomlin’s influence and role on the Steelers’ defense.

“The last couple years of Dick LeBeau, Mike was calling defenses here too,” he told the show Monday. “It’s something that he wanted to do. It’s something he had done already at Minnesota. He wanted to do that here and dadgum, he should be able to do what he wants to do.”

Butler didn’t lay out a specific timeline for when Tomlin began taking playcalling duties away from LeBeau. Nor is it 100% clear if Tomlin made all the playcalls or just in certain situations during LeBeau’s or Butler’s time as defensive coordinator. But this is more and new evidence of Tomlin’s stamp on this defense over the years. Tomlin himself is a defensive-minded coach, serving as Tampa Bay’s DBs coach in the early 2000s and becoming DC of the Minnesota Vikings in 2006 before the Steelers hired him in 2007.

Butler said he would’ve liked to be more involved in the playcalling but knew it was Tomlin’s decision to make.

Butler patiently waited to become Steelers’ DC, turning down chances to leave the organization where he likely would’ve had more autonomy in gameday playcalling. It’s a rare loyalty shown in any profession today. Butler said it was all in the pursuit of helping the Steelers win a Super Bowl, though he said Tomlin knew he wanted to be more involved with the defense.

“He knew how I felt about  [playcalling]. But he’s gonna do what he thinks is best to win football games. And that’s what he thought was best.”

Calling Butler a “figurehead” is a bit of a stretch. As he notes, he had an important role in formulating the gameplan during the week. But it’s clear his gameday responsibilities were smaller than most DCs.

For that reason, it’s highly unlikely the Steelers will pull a big name to replace Butler. It’s why they’re almost certainly going to look internally. Butler said Teryl Austin is likely to become the Steelers’ next defensive coordinator and that Tomlin will probably retain defensive playcalling duties.