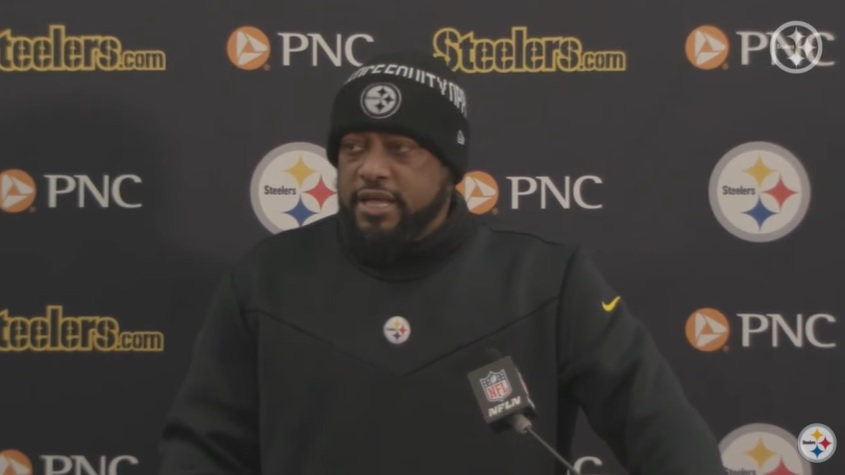 If there’s one thing the 2021 Pittsburgh Steelers haven’t lacked throughout this season, it was doubters. People throughout the city and voices across the nation who never bought in to the Steelers being able to do much more than continue on a streak of .500 seasons, at very best.

Hearing that doubt throughout the entire year, that helped the Steelers find something else they did not lack at all throughout this season: Resiliency. At several points in the season, the outlook looked bleak. But each time, Pittsburgh came back to keep hope alive with its performances, and that was personified within one game in Week 18 against the Baltimore Ravens.

Needing a win to have a chance at the playoffs, Pittsburgh came back to score its first touchdown of the game Sunday with under three minutes to play. Then, in overtime, the offense made several clutch conversions to keep a drive alive, leading to a game-winning Chris Boswell field goal that won the game 16-13, and likely puts the team in the postseason.

The game seemed a fitting way for the Steelers to likely enter the postseason, and capped off an effort that’s been underway all season to ignore everyone who shouted the team wasn’t good enough. Pittsburgh head coach Mike Tomlin said as much following the game, praising his team’s effort all season in a postgame press conference.

“That’s been our story all year man, you guys buried us when we were 1-3,” Tomlin said. “Man, we got a lot of warts. But we’re here, and that’s been our position since September. And so, I’m just appreciative of that mental fortitude being displayed by those men in that locker room.”

The Steelers displayed that fortitude when, at different moments of the season, cries were loudest that this year’s team was not playoff-ready. That came not just from fans, but from analysts around the country, within the city, and even some at this site.

Tomlin’s reference was to the team’s 1-3 start, when a narrow win over Buffalo in Week 1 was followed with three straight losses. But there was also a tie against winless Detroit in Week 10, that was followed by back-to-back losses where the team gave up 41 points in each. And then there were Week 14 and 16 losses to Minnesota and Kansas City, where the Steelers were blown out 23-0 in the first half of each.

Pittsburgh answered in every scenario. After the 1-3 start, the team won four straight. After the tie and losses featuring 41 points, the team held on at the final play to defeat Baltimore 20-19. And after each of those Week 14 and 16 games, Pittsburgh secured wins the following week. Sunday’s win over Baltimore was the team’s second straight win after that K.C. loss, and ends the team’s regular season at 9-7-1.

There was even doubt during much of Sunday’s game, when Pittsburgh trailed throughout the entirety of the second half. It looked like Baltimore was going to run it to the end zone and take a two-score lead to start the fourth, only for Cameron Sutton to intercept Ravens’ quarterback Tyler Huntley in the end zone.

And then the Steelers converted on third downs to Ray-Ray McCloud and Pat Freiermuth during the touchdown drive to take their first lead in the second half, with under three minutes left in regulation. The same occurred in overtime, when the Steelers got third and longs to Freiermuth and Diontae Johnson and then a fourth and long to McCloud to set up the game-winning kick by Boswell.

At the time the game ended, Pittsburgh was in eighth place in the AFC. However, the Los Angeles Chargers and Las Vegas Raiders sat in sixth and seventh, both at 9-7, and play in the Sunday Night game. So long as that contest does not end in a tie, one of them will fall to 9-8, and give up the final postseason spot to the Steelers. That would set up Pittsburgh for a road game in the Wild Card round of the postseason next weekend, which would be a rematch with second-seeded Kansas City.

Many tried to bury Pittsburgh’s chances throughout the season. Even with a likely postseason spot, the warts throughout the team are evident. But to give the Steelers credit, the team never bought in to the criticism, and instead fought through it all with resiliency to get to where they were after Sunday’s win.