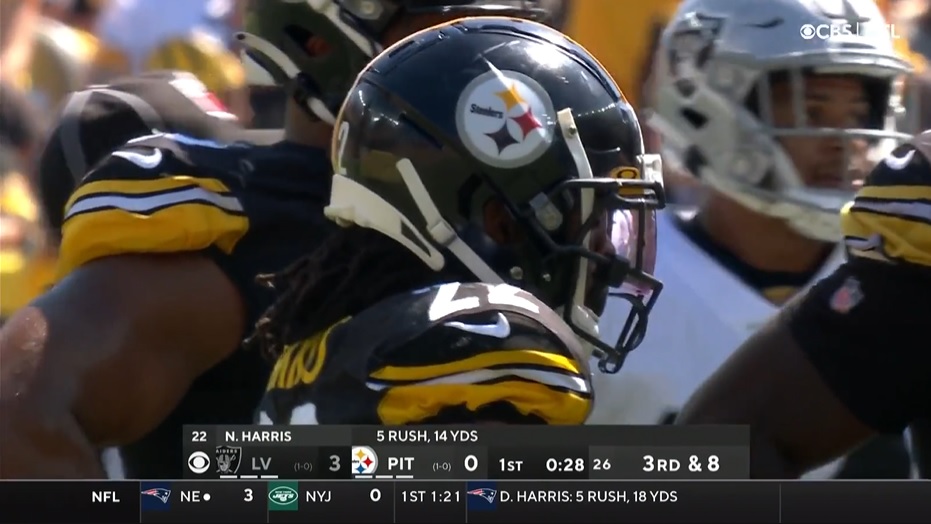 If the 2021 season showed anything about the future of the Pittsburgh Steelers’ offense, it’s in great hands with running back Najee Harris.

Throughout a trying season that featured plenty of ups and downs, Harris was somehow able to rush for 1,200 yards and seven touchdowns on the ground, setting a new franchise rookie rushing record, breaking Hall of Famer Franco Harris’s mark of 1,055 set in 1972. On top of the raw numbers, Harris showed a tremendous amount of determination and overall fight on every single rep and really helped set the tone of a rebuilt rushing attack.

Though the regular season came to a tough close on the ground against the NFL’s top run defense in the Baltimore Ravens, coupled with an elbow injury for the rookie, Harris finished the season at the No. 5 running back in the NFL.com RB Index, compiled by former nine-year NFL running back Maurice Jones-Drew, now a veteran analyst on the flagship station.

Harris bounced between No. 7 and No. 11 all season long, which matched how the Steelers’ rushing attack fluctuated in the first year of offensive coordinator Matt Canada. A strong stretch of performances against the Minnesota Vikings, Kansas City Chiefs and Cleveland Browns propelled Harris into the top 5, where he finished the season at in Jones-Drew’s RB Index.

“In the season finale against the Ravens, the Steelers’ offense was far from spectacular — much like it has been for most of the season. The rookie running back had just 49 scrimmage yards, but it was enough to help Pittsburgh sneak into the playoffs,” Jones-Drew writes. “And altogether, Harris has had a crazy-good campaign, becoming the first rookie in NFL history with at least 300 carries and 70 receptions. He also led all rookies in rush yards, rush TDs and scrimmage yards (1,667). His 10 scrimmage TDs trail only stud Bengals receiver Ja’Marr Chase.”

Harris really had a good first season when you look at the numbers. The scrimmage yards are rather impressive and resulted in him breaking the Steelers’ rookie record in that category, breaking Le’Veon Bell’s 1,259 set in 2013.

Jones-Drew is remiss to not mention Harris was injured in the Week 18 win over the Ravens and missed a good chunk of the game, resulting in the low output. Anyone looking at that number from scrimmage though is just box score scouting, because Harris was really solid when it mattered most late in the fourth quarter and in overtime.

The Steelers continue to get a lot of flak for drafting a running back in the first round considering major holes elsewhere, especially along the offensive line, but they got a real good player for a long time moving forward in Harris.