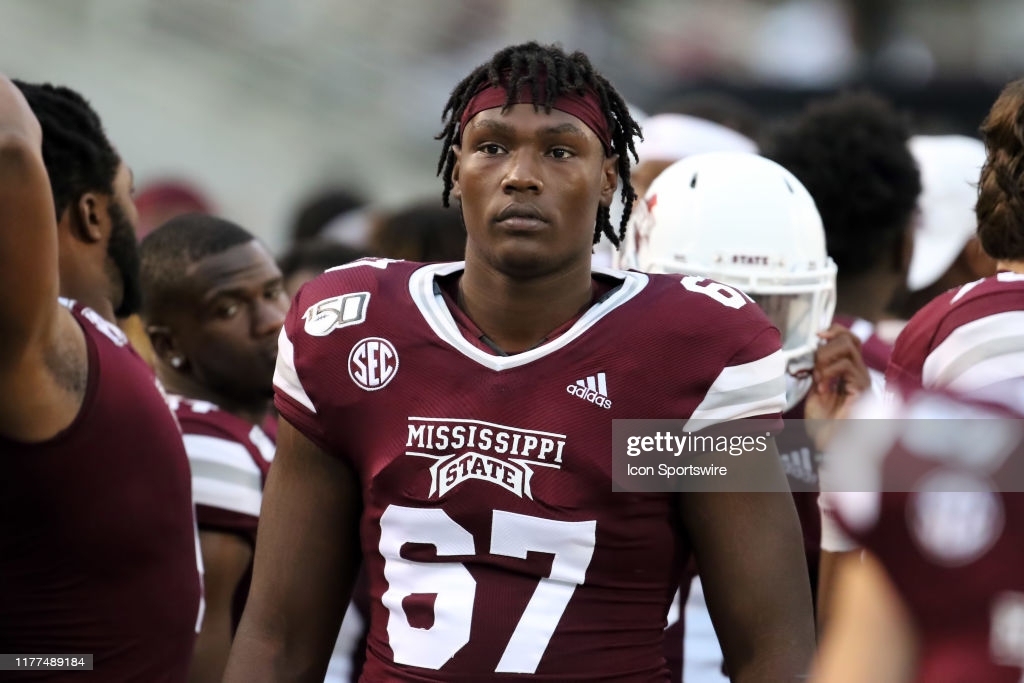 Draft season is officially upon us, which means being crushed by wave after wave of mock drafts from various outlets.

Early on, other outlets have seemingly forced a quarterback on the Pittsburgh Steelers at No. 20 overall with the impending retirement of Ben Roethlisberger, but Jeremiah zags while others zig, landing the Steelers a legitimate franchise cornerstone tackle at No. 20 overall in Mississippi State’s Charles Cross.

“Cross is a solid player on tape,” Jeremiah writes. “He plays with balance and he’s got quick feet. The Steelers need to continue to upgrade their offensive line, and Cross is ready to play right away.”

Cross has really burst onto the scene after an incredible 2021 season that saw him emerge as arguably the top tackle in the class. The chances of him lasting to No. 20 overall right now appear slim, but Jeremiah certainly seems to believe it’s a possibility.

In fact, Jeremiah has Cross coming off the board to the Steelers as the fourth offensive tackle and fifth lineman overall in the first round, pushing quarterback further into the first round and possibly into the second round near the Steelers’ second pick at No. 52 overall.

With the season having just ended on Sunday in the Wild Card to the Kansas City Chiefs, the mock drafts are coming rapid fire for the Steelers, who will undergo a significant amount of changes this offseason. To date, Pro Football Focus has the Steelers taking Pitt star Kenny Pickett, ESPN’s Mel Kiper Jr. has the Steelers grabbing Ole Miss quarterback Matt Corral, and CBS Sports has the Steelers landing Liberty quarterback Malik Willis. Therefore, Jeremiah goes in a different direction.

It’s worth noting that in PFF’s, ESPN’s and CBS Sports’ mock drafts that Mississippi State’s Cross comes off the board at No. 8 (PFF), No. 7 (CBS Sports) and No. 6 (ESPN), respectively. He’ll be a hot commodity in the draft, and I fully expect the massive Bulldogs’ star in the trenches to go in the top 10 once the actual draft rolls around in late April.

For now though, it’s fun to dream about Cross holding down left tackle for the next 10-12 years in the Steel City, at least for a fleeting moment in time.