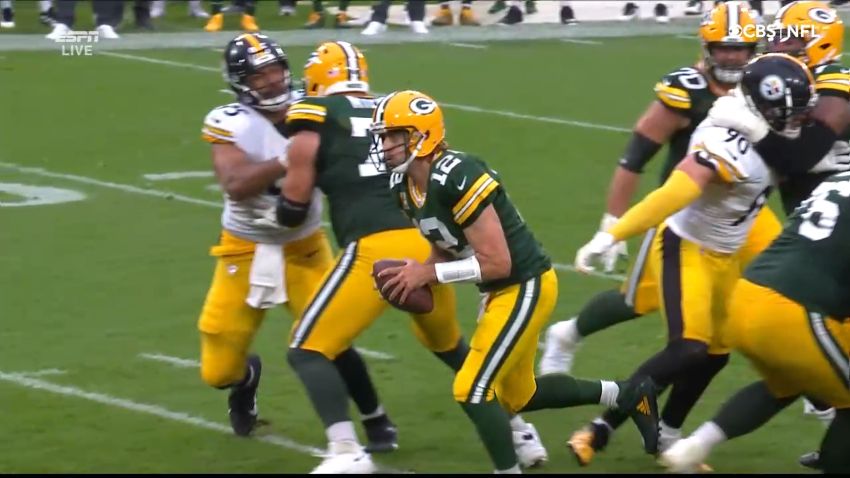 Staring down a pivotal offseason that will include attempting to find a new franchise quarterback following the expected retirement of future Hall of Famer Ben Roethlisberger, the Pittsburgh Steelers have plenty of options in that pursuit, according to NFL Network Insider Ian Rapoport. But those options likely do not include trading for star quarterbacks Aaron Rodgers or Russell Wilson this offseason.

Rapoport, releasing a report Sunday morning regarding the Steelers’ upcoming offseason, stated that though it’s still a possibility that Kevin Colbert — who is reportedly stepping away as General Manager after the 2022 NFL Draft — could trade for Rodgers or Wilson, it is “unlikely.”

The #Steelers head into the offseason plotting a plan for a new franchise QB. A look at the options and how it’s likely to play out: https://t.co/FMVdzYpDxs

“With so much of the offseason league-wide focus on big-time trades for veteran QBs, it would be un-Steelers-like to see Colbert package several first-rounders to attempt to trade for Aaron Rodgers or Russell Wilson, as one source explained,” Rapoport writes. “The organization has thrived by drafting and developing, and selling the future for a veteran QB is not likely in the playbook. While acknowledging that anything is possible, those who know Colbert well describe it as highly unlikely.”

Instead, Rapoport is reporting that it is much more likely that the Steelers run it back with Mason Rudolph and Dwayne Haskins, and draft a quarterback in the first round of the 2022 NFL Draft, allowing all three to compete throughout the offseason and training camp.

“Barring something unforeseen, that appears to be the option that makes the most sense: Bringing back Haskins and Rudolph, drafting a QB high and letting them all compete,” Rapoport writes. “All of this will be a big topic of discussion, but only after the playoff run ends.”

That makes the most sense, considering the Steelers extended Rudolph earlier this year, ensuring he’s under contract through the 2022 season. Haskins is a restricted free agent and will be easy to retain, should the Steelers want to keep the former first-round draft pick out of Ohio State that found himself out of favor in Washington before landing in Pittsburgh.

Though Haskins has yet to take a meaningful snap in Pittsburgh, he’s a developmental piece that the Steelers have obviously invested time and energy in, so it’s only a matter of time until he gets his shot.

As for a rookie, as much as it’s unlikely Colbert and Co. trade for Rodgers or Wilson, it feels equally as unlikely that the Steelers trade up for a shot at one of the top quarterbacks, instead staying patient and letting the draft board fall to them. Rapoport mentions Pitt’s Kenny Pickett as an option, stating that interest is there from the Steelers’ end (why wouldn’t it be, he’s a Pitt product, after all, and they share facilities), but after a Heisman finalist season, Pickett is likely a top 10 pick. If the Steelers lose to the Kansas City Chiefs on Sunday in the Wild Card round, they’d fall between No. 19 and No. 24 in the first round, making it unlikely they’d be able to move up and get a guy like Pickett without dealing a ton of draft assets.

Instead, the Steelers could stay patient and hope a guy like Cincinnati’s Desmond Ridder, North Carolina’s Sam Howell, or Liberty’s Malik Willis are on the board when it’s time to pick. That’s the much more likely option, one that might not be as enticing to the fan base overall, but the one that’s most likely to play out this offseason.