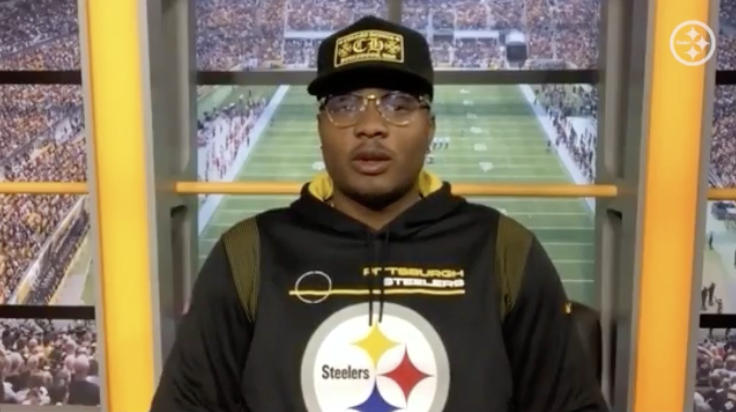 There were certainly some bumps and bruises along the way with the pairing, as the offense was very inconsistent and looked like it was misfiring far too often throughout the season. Behind the scenes though, backup quarterbacks Dwayne Haskins and Mason Rudolph, who both spoke to the media on Wednesday, credited Canada and Roethlisberger for working together and meshing the concepts that each liked and brought to the table, resulting in the offense that was on display throughout the 2021 season.

Again, that offense wasn’t very good overall, sporting one of the worst rushing attacks in the league, while the passing attack lacked imagination and refused to attack the middle of the field. Still, Haskins and Rudolph stated on multiple occasions that the quarterback and offensive coordinator did a good job of collaborating and meshing things together throughout the season to make things work.

“Yeah, I mean, I think we did a great job this year, as far as collaborating,” Haskins said to reporters Wednesday, according to video via Steelers.com. “We had different stuff from what [Matt] Canada likes to do as far as, you know, pre-snap motions and shifts. We had some dropback passes that Ben [Roethlisberger] likes to do for previous offenses. Coach Ike [Hilliard] is from the West Coast team, and I was with him my rookie year, so there was some concepts from that offense that I was familiar with as well, and you know, [tight ends coach] Alfredo Roberts as well.

“He [Canada] did a great job as far as trying to put together different things that Ben liked,” Haskins added. “…I feel like we didn’t execute the way that we wanted to at points throughout the year, but there’s definitely a want to. I feel like, as far as what he asked the quarterbacks to do, you know, I feel like I had a great opportunity to do that in preseason. Like Philly for example, I’d be able to move around the pocket, be able to, you know, call rollout passes. So all different things…RPOs and scheme like that…He’s able to adjust from his plan, and I feel like he’ll be different with a younger guy back there.”

I’m sure that last sentence will go over well to the masses, as it appears that Haskins takes a bit of a shot at the older Roethlisberger, but it’s important to remember that Matt Canada’s offense was never designed for an immobile, 38-year-old quarterback, which made the pairing rather odd, even for a year.

“Yeah, well, it was a different system,” Rudolph said to reporters Wednesday, according to video via Steelers.com. “It was definitely different terminology. We’ve been all over that this past spring on how it was a bit of a learning curve, but once that was digested I think it was a bit of a mesh this year between some of the things that Ben has done for 18 years, some of the concepts that he liked, what he was comfortable with. His playing style meshed with Matt. And I think, knowing Matt and if he returns, I enjoy his offense and I enjoy the jet motion, the shifting and pre-snap. I think it does a good job. I think it helps us disguise.

“Now, I’m very aware that we fell short of the mark this year in the offense, in a lot of offensive categories, and so we need to improve,” Rudolph added. “But I think, and again, those decisions are made above my head, but I enjoy Matt. I think we’ve got a good relationship. I’ve got a good relationship with Coach Sullivan. Enjoy working with those guys and excited to get back to work.”

How much changes and how different things look in 2022 will be something to monitor throughout the offseason and into training camp, but to hear not one but two young, backup quarterbacks state that Canada did a great job meshing his scheme with Roethlisberger’s strengths and also collaborating week to week is a positive sign, especially when considering Canada’s reputation as being hard-headed and unwilling to work with others, based on previous collegiate stops.

Hopefully Canada won’t have to do much meshing in 2022 now that he’ll have a younger, more mobile option to work with under center, whether that be Rudolph, Haskins, another NFL veteran or a draft pick.