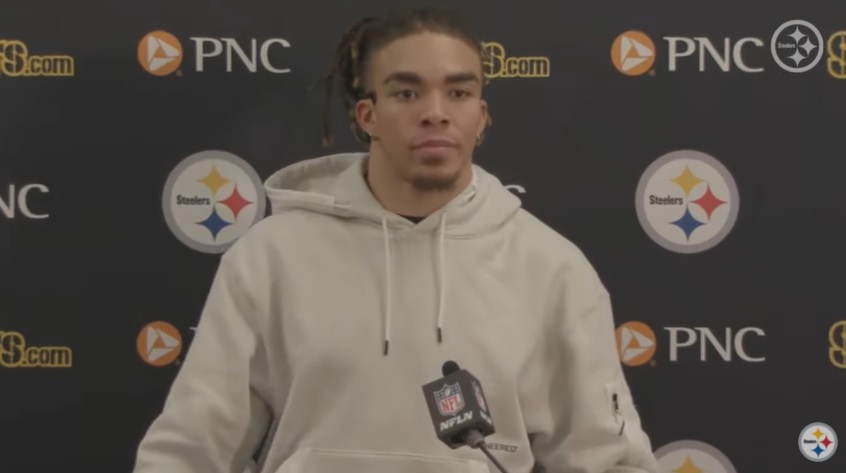 The man named Canada created plays for the Canadian. That’s the story of the Pittsburgh Steelers’ run game Sunday. The effective part, anyway. Pittsburgh’s run game sputtered and stalled for much of the game, the first half spent without Najee Harris after he suffered an elbow injury on the Steelers’ first series.

Aside from a late run by Harris, the run game did very little. So Canada reached deep into his callsheet and called upon Claypool, who acted more like a running back than a receiver in this game. Claypool led the Steelers in rushing with three carries for 33 yards and a team-long of 17.

Speaking to reporters after the game, Claypool said the gameplan was to get him involved in the run game.

“Coach Canada drew some stuff up for me and it was awesome,” he told reporters after the game via the Steelers’ YouTube channel. “It was good to get those touches.”

The perimeter run game was the only thing Pittsburgh had going for it. Quick end-around handoffs from Roethlisberger to Claypool, getting him out in space when slamming the ball up the middle hopelessly failed. Claypool said a look Baltimore gave them in the first matchup compelled Canada to make the adjustment and get Claypool involved.

“Just something in the game plan. Just how they gave us a look last game. I think Coach Canada saw an opportunity.”

Claypool finished the game with nearly as many rushing yards (33) as receiving yards (37). His Week 18 performance was a good note to end the regular season on after having a mighty inconsistent, and at times, controversial year.

Frankly, it’s surprising to see Claypool not be more involved in the run game this season, a big, fast body that can be tough to tackle in space via Canada’s motion heavy offense. Still, Claypool finishes the year with 14 carries for 96 yards, third-most on the team behind only Najee Harris and Benny Snell (who rushed for 98).

Pittsburgh will have a tough game against Kansas City during Wild Card weekend. Canada will need to pull out all the stops to match their potent offense. If that means another three or even five carries for Claypool. so be it.