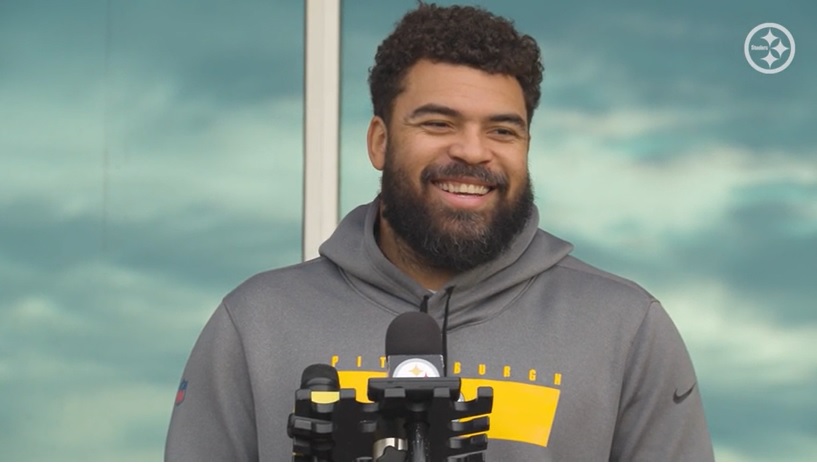 Cam Heyward is taking a page out of Ben Roethlisberger’s playbook, playing up the fact the Pittsburgh Steelers are massive underdogs heading into Super Wild Card weekend this Sunday Night. 12.5-point underdogs to the Kansas City Chiefs, Heyward joked he thought it was lower than he thought.

“Is that it? I thought it was more,” Heyward said speaking to the media Thursday. “It’s not my decision, man. They must be seeing something.”

Wednesday, Roethlisberger provided his own team bulletin board material with tongue-in-cheek comments like “We’re not supposed to be here” and “We don’t have a chance.”

And there are few outside the organization believing the Steelers have any shot of pulling off the upset. Though it’s just history, there are similar parallels between the 2005 and 2022 seasons. Playing for a Hall of Famer’s final season, Jerome Bettis in ’05, Roethlisberger this season. Struggling throughout the year, getting hot late, and rattling off key wins to sneak into the playoffs as the lowest seed. In 2005, the team was blown out by the Colts in the regular season but in the Divisional Round the Steelers – then 8.5-point dogs – pulled off the upset.

So hey, who’s to say it can’t happen again?

“Just wanted a chance to make it to the playoffs. We were on the edge of our seat. Took a little bit more than the regular 60 minutes. But glad to be apart.”

The Steelers/Ravens game went into the final minutes of overtime, giving Pittsburgh a win and path to the playoffs. They clinched their postseason ticket on the literal final play of the regular season thanks to Raiders’ kicker Daniel Carlson nailing a 47-yard field goal, eliminating the Chargers and giving the Steelers the final Wild Card spot.

On the season, the Steelers played three overtime games, going 2-0-1, wins over the Seahawks and Ravens while tying the Lions. They know how to win close games. Sunday night’s mission will be keeping the game close against a potent Chiefs’ offense, one that built a 30-0 lead before winning 36-10 in Week 16. Make it a tight game heading into the fourth quarter, and anything can happen.