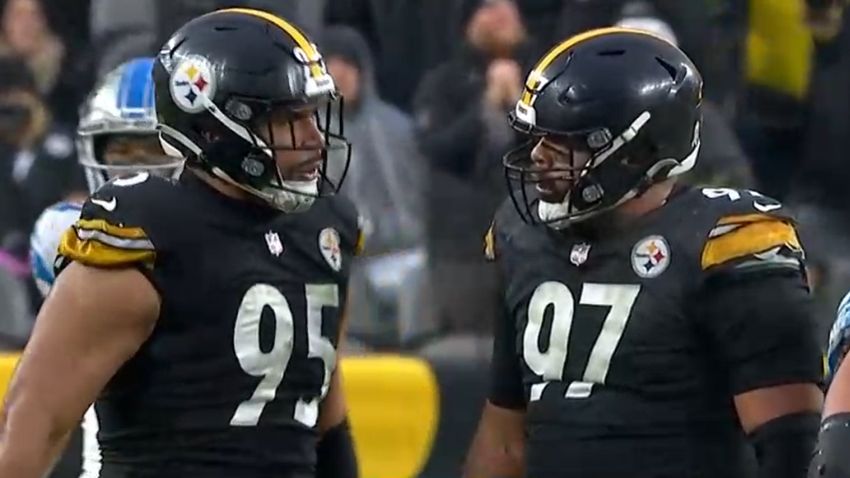 Wormley didn’t get a chance to have a big “revenge game” against his former franchise that season. He did not play in the teams’ first meeting due to a knee injury, and in the second contest, he played only 24 snaps (45 percent), recording two tackles as the backup to Tyson Alualu.

But with injuries along the team’s defensive line throughout 2021, Wormley finally got his opportunity to go after his former team as a key contributor to Pittsburgh’s defense on Sunday. And he did not let the opportunity pass. Forming a terrific pass rush combo with T.J. Watt that pressured Baltimore quarterback Lamar Jackson all evening long in a 20-19 Pittsburgh victory, Wormley finished with five tackles, a pair of tackles for loss, and 2.5 sacks, a new career-high for him in the NFL.

In a postgame press conference shared by the team, Wormley relished finally getting his shot to make Baltimore regret that 2020 trade.

“It was extra motivation, extra important for us to get this win, but also on a personal level to perform well, to kind of show them what they gave away. And I’m excited about it,” Wormley said.

Wormley’s career game was part of a Pittsburgh effort that sacked Jackson seven times in the game, and pressured him several others, including on the deciding two-point conversion try that fell incomplete.

That is the first multi-sack game of Wormley’s career, which dates back to 2017 when he was a third-round pick by the Ravens. In fact, it is the most sacks he has ever had in his career, including his four years playing for the University of Michigan, which he had to dig back to to remember his last game with multiple sacks.

“I think it was maybe [against] Rutgers, 2016? And the Ravens’ offensive line’s a little better than Rutgers was back then,” Wormley said.

Wormley had two sacks in a game against Rutgers, which came in 2015, making Sunday against Baltimore his new career best. Sunday is also tied for the most tackles he has had in an NFL game, in a career that has seen him play largely as a backup, with 2021 offering him his biggest NFL opportunity yet after Pittsburgh gave him a two-year contract this offseason.

It didn’t quite have the marquee of a major quarterback or defensive All-Pro facing his former franchise, but to Wormley, Sunday’s chance to go after his former franchise not as a backup but as one of the main pieces of the defense was highly important to him, and signified by his play in the game, and emotion shown throughout.