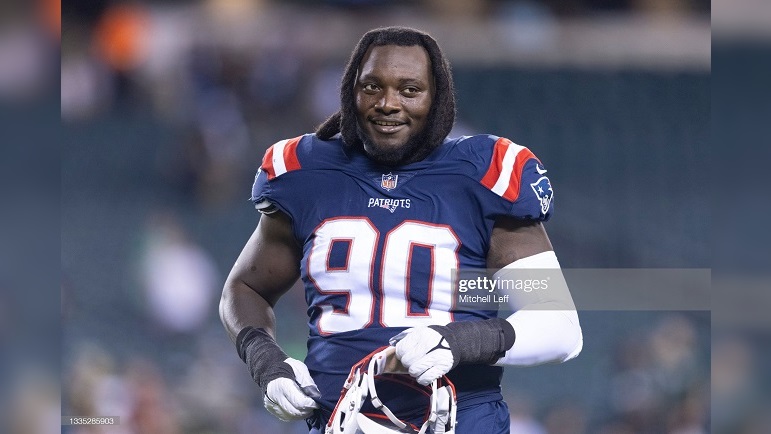 As of this week, the Pittsburgh Steelers have a new defensive lineman on their 53-man roster and it is defensive tackle Montravius Adams, a former third round draft pick of the Green Bay Packers. As it turns out, Steeles defensive end Chris Wormley already knew a thing or two about Adams prior to the Steelers signing the big defensive tackle off the New Orleans Saints practice squad on Tuesday.

“He’s been here for maybe six hours, you know, with us in meetings and things like that,” Wormley said of Adams on Wednesday. But Montravius is a good player. I actually trained with him during combine training almost five years ago now. So, we have some familiarity. I know what type of player he is. I’m excited for him to get into the playbook a little more, get into what we do as a D-line and contribute as fast as possible.”

It’s still unclear right now if Adams will be active and play on Sunday against the Baltimore Ravens, but if he is and does, odds are good he’ll see time at the nose tackle position in the base defense. That speculation aside, Wormley thinks Adams has some position flexibility.

“I mean, I think that’s what he was playing today,” Wormley said of Adams potentially being asked to play nose tackle for the Steelers. “I don’t know if you guys were looking at that at all, but I think he’s one of those guys that could play nose and three-tech. He’s pretty versatile.”

The Steelers run defense has been downright horrible this season. In fact, that unit allowed a league-worst 195.3 rushing yards per game in their last three games. On Sunday, the defense is sure to be tested even more by the Ravens running game at Heinz Field as Baltimore offense currently sports the second-best running game in the league, averaging 150.7 yards per game on the ground. While Ravens quarterback Lamar Jackson is obviously a big component of the Baltimore running game, the team’s running back dup of Devonta Freeman and Latavius Murray have combined to rush for 682 yards so far this season.

Steelers head coach Mike Tomlin has recently indicated that we could see some minor changes defensive changes on Sunday when the team plays the Ravens and it will be interesting to see if Adams winds up being a part of those. The team seemingly benched and demoted defensive tackle Isiah Buggs last week as not only was he inactive for the Week 12 game, but the latest team depth chart also now shows him listed behind fellow defensive tackle Henry Mondeaux.

While we wait until Sunday to see if and how Adams is used in the Steelers defense, our own Jonathan Heitritter recently completed a tape study on the team’s newest defensive player and you can read that post at the link below.