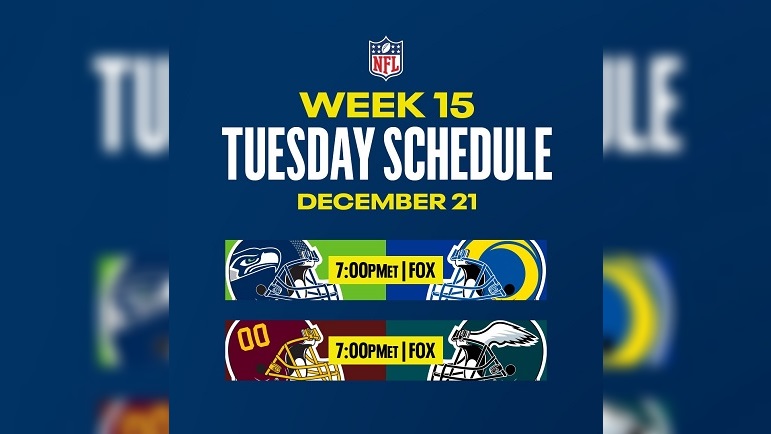 Week 15 of the 2021 NFL regular season will officially come to an end on Tuesday night with two games that needed to be postponed because of COVID-related reasons. Both games get underway at 7:00 p.m. EST and both will be carried by FOX.

The two Tuesday night games include the 9-4 Los Angeles Rams hosting the 5-8 Seattle Seahawks and the 6-7 Philadelphia Eagles hosting the 6-7 Washington Football Team.

I have added a Tuesday night game Twitter feed to this post and it should update throughout the late afternoon and include videos from the two games. I also have included the inactives for both of the games.

Feel free to chime in below during the Tuesday night action.