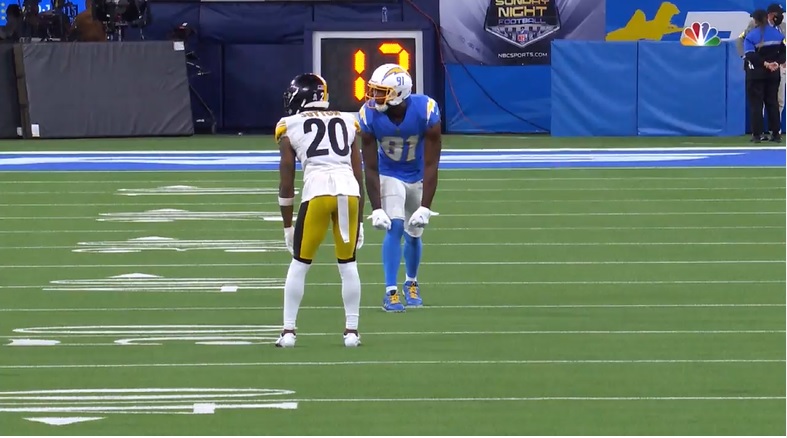 1. The DL Gets Penetration

Defensive line has to make plays in this one. Defeating blocks when asked to two-gap, flying through the backfield when asked to one-gap. The good news is there are reinforcements on the way with Carlos Davis off IR and Montravius Adams signed off the Saints’ practice squad. How much better things will be is an unknown. But hopefully those guys play; they’re capable of getting in backfields. Something Henry Mondeaux isn’t capable of doing. Shame on the Steelers if they play him again.

It could be tough to run on this Ravens’ front, especially given their recent struggles and a good run-blocker like Kevin Dotson still out of the lineup. So this is one game I’m ok – comfortable is a stretch but I can tolerate it here – with Ben Roethlisberger throwing a ton. It was the Steelers’ spread, pass-heavy attack that came back to beat the Ravens last year and Baltimore is battling issues in the secondary on top of losses of Marcus Peters and DeShon Elliott. Throw short, stay on schedule, because this team can’t be in third and forever.

Last week, the goal was for the special teams’ unit to not make a mistake. This week, with Ray-Ray McCloud back, they need to make a splash. That can come from a variety of places. A third blocked punt or just a long runback in the return game, kick or punt. However they can get it to steal a possession, shorten a field, or put points on the board, they could really use it in this one.

1. The Steelers’ D Gets Out-Gapped

Biggest issue trying to deal with the Ravens’ run game is how many gaps you have to defend. When they go heavy, align multiple tight ends and fullbacks to one side and use motion or pullers to create gaps on the fly. Pittsburgh has had issues adjusting with that along with just horrible run defense for the last month. Run defense against Baltimore is an 11-man job and everyone has to be in their gap.

When the Ravens do throw, Pittsburgh is probably going to blitz. They’ve been passive all season, almost to a fault as Mike Tomlin has indicated on multiple occasions. Sending five or six or even just safe pressures with a nickel off the edge means the rest of the secondary will be on an island in this one. How well do the corners defend Hollywood Brown’s speed? Or the linebackers and safeties on Mark Andrews up the seam? Those will be crucial, game-defining 1v1 battles.

Biggest worry for this Steelers’ offense are the Ravens’ pressure looks dialed up by mad scientist DC Wink Martindale. No one in the league does it better or more frequently. This is a younger Steelers’ o-line lacking elite talent and for a lot of these guys, their first meeting against Baltimore. I’m going to be covering my eyes on every 3rd and 6+. Baltimore’s going to throw the kitchen sink at these guys.