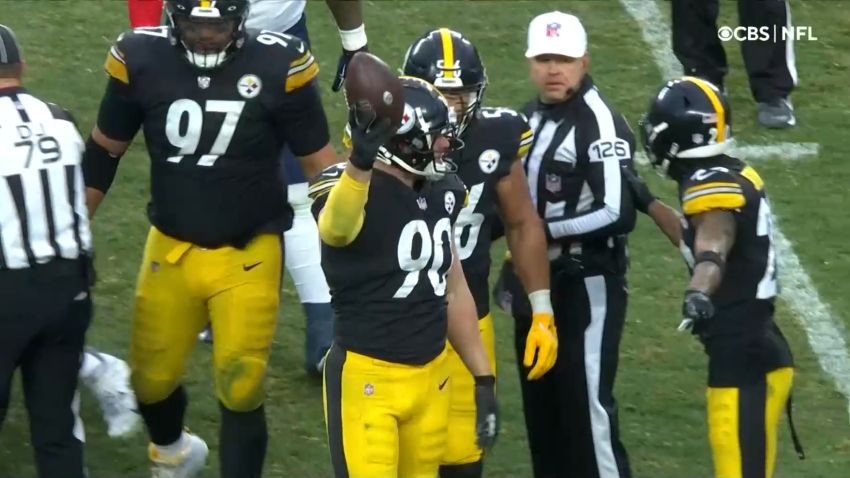 The NFL’s race for the 2021 Defensive Player of the Year award remains relatively wide open between the front-running trio of Pittsburgh’s T.J. Watt, Cleveland’s Myles Garrett, and Dallas rookie Micah Parsons, but if the thoughts of 23 anonymous league executives are to mean anything, the Steelers will be adding another individual piece of hardware to franchise history.

According to a Thursday survey conducted by NFL Insider Tom Pelissero, Watt was the runaway winner of the NFL DPOY award, edging out Parsons in the voting. Through Week 15, Watt — who has missed two full games and parts of two others due to injury — has already set the single-season Steelers’ franchise record for sacks in a season with 17.0, passing James Harrison, and is also on pace to shatter the NFL’s single-season sack record set by New York Giants’ Hall of Famer Michael Strahan in 2001 with 22.5.

Though the one hold-up in Watt’s DPOY case could be the games missed, that didn’t seem to raise any issues with the league executives, who voted anonymously in Pelissero’s survey. Watt won the DPOY voting with eight votes, doubling up Parsons.

Watt leads the NFL in sacks (17.5), QB hits (30) and sack rate (6.0% of pass-rush snaps, the highest in the Next Gen Stats era, which began in 2016) despite playing in just 12 games this season, missing one because of a groin injury and another due to hip/knee ailments. He also missed half of a Week 14 game against the Vikings due to a groin injury. Only Pro Football Hall of Famer Reggie White averaged more sacks per game (1.75 in the strike-shortened 1987 campaign) than Watt (1.46), who still has a shot to take down Michael Strahan’s single-season sack record of 22.5 — and can impact the game in other ways, too.

“He can rush the passer and he can drop and he does a lot of multiple things for their defense,” said an NFC executive. “He’s not just a pass rusher only.”

Said an AFC executive: “He’s not the most gifted dude, but he’s relentless.”

Those voting results are rather surprising, not in the sense that Watt won in a landslide, but that names like Joey Bosa and Jalen Ramsey earned votes. Trevon Diggs, Garrett, Aaron Donald and even Robert Quinn are all worthy candidates, though only one or two can hold a candle to Watt’s case.

He’s flat-out the most disruptive pass rusher and overall defender there is in the NFL today. And he doesn’t do it just as a pass rusher either. Watt is a terrific run defender, one that consistently sets the edge and can come through with splash plays on runs, punching the football out with his terrific hand-eye coordination and timing, striking at the football.

When he’s on the field and healthy, the Steelers are a team on a 12- to 13-win pace. When he’s not on the field, the Steelers’ defense falls off a cliff, resulting in a team that struggles to come up with the necessary plays to win, putting them at a roughly 4- or 5-win pace team.

That’s a startling difference, and one that should put him in the league’s MVP discussion.

That’s not going to happen though, as we are all aware of. Next best scenario for Watt? The’s league’s DPOY award.

I’m sure he’ll settle for that.

If any stock is to be put into the thoughts and opinions of league executives, Watt is well on his way to securing his first DPOY award.