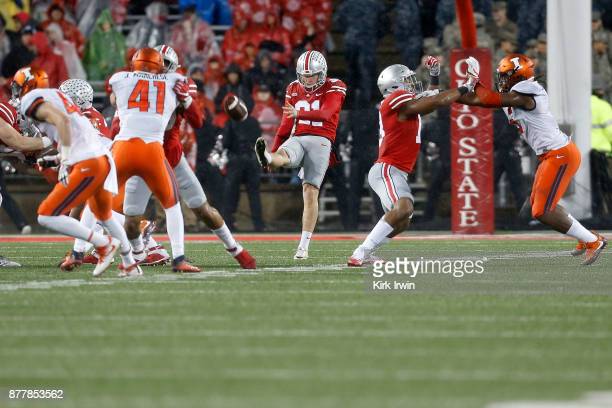 The Pittsburgh Steelers made a couple of transactions on Wednesday that included two players being let go from the practice squad and two more being signed to the unit.

According to the Steelers, the team has cut defensive back Linden Stephens and wide receiver Tyler Vaughns from the practice squad, and signed punter Drue Chrisman and long snapper Rex Sunahara to it.

These moves come on the heels of the Steelers reportedly bringing in Chrisman and Sunahara for tryouts on Tuesday. These additions are probably COVID-19 related, meaning that the team wants to protect themselves at some specialist positions should a COVID-19 outbreak occur.

Alex Kozora ran down a few details related to Chrisman and Sunahara in his Tuesday post.

Chrisman went undrafted this April out of Ohio State, signing with the Cincinnati Bengals. We rated him as our top punter in the draft. Sunahara served as West Virginia’s long-snapper for three seasons and was named a 2019 semifinalist for the Patrick Mannelly Award, an award given to the NCAA’s top snapper each season. He spent time with the Miami Dolphins earlier this year.