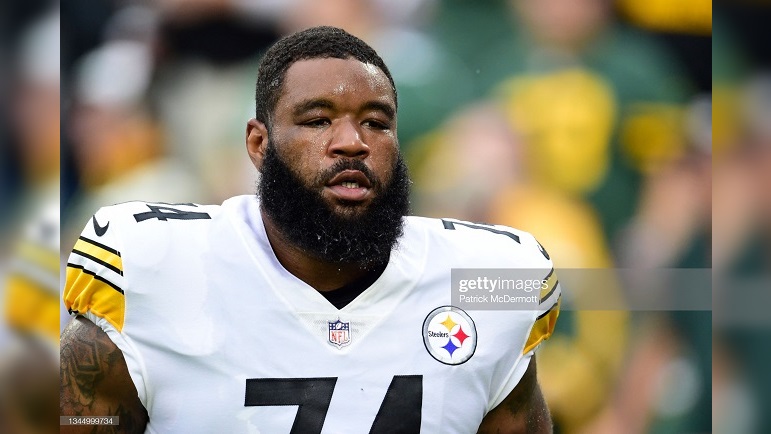 The Pittsburgh Steelers have already made one transaction on this Week 13 Saturday as outside linebacker T.J. Watt was activated from the Reserve/COVID-19 list much earlier in the day. The team has now made a few more transactions on this Saturday and it includes a player being elevated from the practice squad.

According to the team, tackle Chaz Green has been elevated from the practice squad to the Week 13 Active/Inactive roster as a COVID-19 replacement player. Green is effectively taking the place of tackle Joe Haeg, who was placed on the Reserve/COVID-19 list earlier this week.

This marks the second time this season that Green has been elevated from the practice squad. That last time he was elevated was in Week 4, a head of the Steelers playing the Green Bay Packers. While Green did dress for that game against the Packers, he only logged one special teams play in that contest.

Green is expected to dress for the Sunday home game against the Baltimore Ravens and then revert back to the Steelers practice squad on Monday.