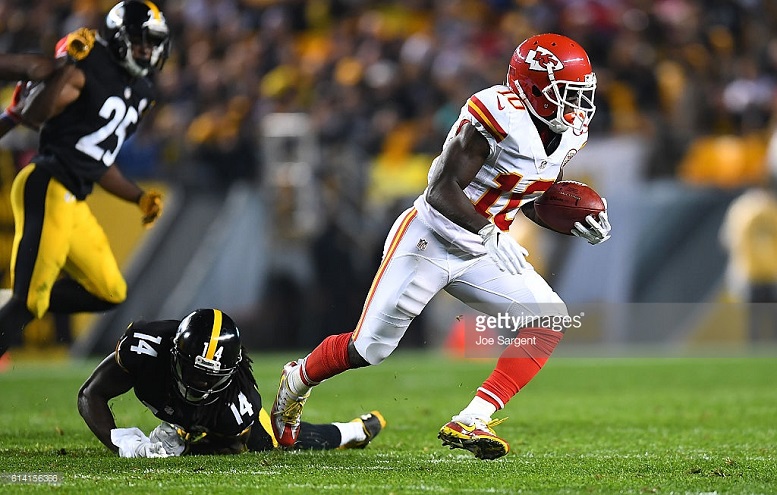 The Kansas City Chiefs are in the middle of a large COVID outbreak just days before they host the Pittsburgh Steelers in Week 16. Yesterday, the team placed three players on the COVID list, including star TE Travis Kelce and K Harrison Butker. Today, they are adding three more names, headlined by speedy wideout Tyreek Hill. That comes via ESPN’s Adam Schefter, who tweeted the news moments ago.

More COVID issues in KC, which is becoming this week’s hot spot.

Other players likely coming but as one source said, “it’s a mess.”

Hill is one of the game’s most dynamic receiver if not the most dynamic one. Though his average this season has dropped to 11.5 yards per catch, he’s among the fastest players in football and a touchdown machine with nine scores this season. If Hill and Kelce can’t get cleared in time for Sunday’s game, the Chiefs’ potent offense will be missing critical pieces.

Bell was supposed to be one of the team’s next men up to replace Kelce. Fenton has started seven games for the Chiefs this season, including last Thursday’s win over the Los Angeles Chargers.

As Schefter’s tweet notes, it sounds like more players will be added to the COVID list in the coming days. New protocol allows players to return much quicker than the original 2021 rules, but it’s unclear which players will test out of protocol in time for this weekend’s game against the Steelers.

During his Tuesday press conference, Mike Tomlin said he was pleased with how the Steelers were handling their COVID protocol.

“I’ve been extremely pleased with our attitude and our approach in terms of dealing with COVID,” he said via the team’s YouTube channel. “Our agenda is to make it a winning edge for us. We need to deal with it relatively well, meaning we need to deal with it better than others, and I like the mindset and the actions of our group in that regard.”

UPDATE (3:15 PM): According to The Athletics’ Nate Taylor, there could be upwards of ten players added to the Reserve/COVID list. Though Taylor doesn’t speculate it, there is now a possibility of Sunday’s game being postponed, just as the league did for three games in Week 15.

From my understanding, the Chiefs, by the end of today, could have 10 or more players on the reserve/COVID-19 list.

21 NFL players went on COVID lists today, all as a result of positive tests.