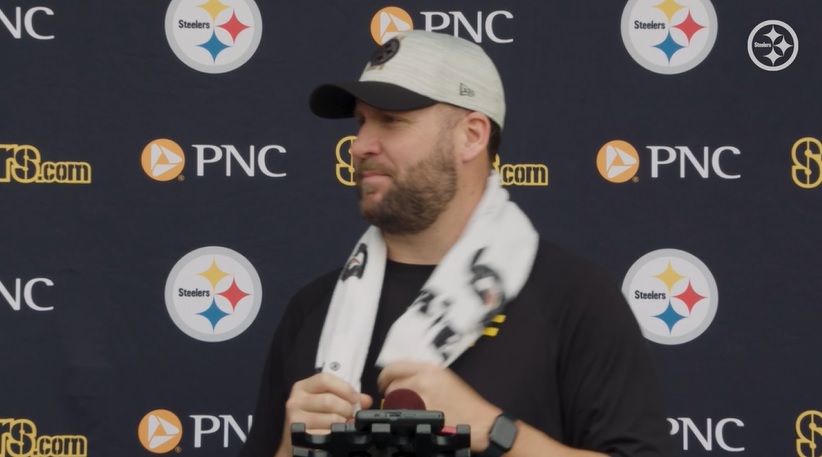 Earlier this morning, we pointed out the Pittsburgh Steelers’ repeated, frustrating snapping issues in Thursday’s loss against the Minnesota Vikings. Ben Roethlisberger explained those problems during his weekly Wednesday press conference with the media, citing a hostile Vikings’ crowd as the main reason for the problems.

“Sometimes when we’re changing a play, what we were doing was calling just a formation and then trying to let them identify it and then coach would tell me the play,” Roethlisberger said via Steelers.com. “Then they had to communicate it.”

On at least three occasions, Green failed to snap the ball despite Roethlisberger pleading for the snap. Being on the road in a dome only amplified the noise and made life tough on Green as the Steelers struggled to execute the fundamentals for three quarters of Thursday’s loss. The issues were costly. One no-snap turned a 3rd and 1 into 3rd and 6, leading to a sack, punt, and ensuing Vikings’ field goal. Another negated a 4th and 3 attempt, forcing a Pittsburgh punt that allowed Minnesota to chew up four minutes of clock late in the fourth quarter.

While the Steelers changed up the way they call plays, Roethlisberger said it was ultimately a loud crowd that played the biggest role in the team’s struggles.

“But 95% was just straight crowd noise and trying to communicate. Because I have to tell Trai, Trai has to tell [Kendrick Green] so it’s a telephone game. It’s not an easy thing to do and credit that loud environment.”

For road games, the Steelers work on a silent count. Right guard Trai Turner looks back at Roethlisberger to know when the ball should be snapped, and he taps Kendrick Green to let him know. It’s an extra layer of work and something Green and this offense struggled with. Thursday was probably Green’s first game in a dome but there’s no excuse for the offense’s consistent struggles in being able to simply snap the football.

Crowd noise shouldn’t be an issue this weekend with the Steelers hosting the Tennessee Titans. Pittsburgh has two more road games this season in noisy environments. They’ll travel to Arrowhead to take on the Chiefs December 26th, home to one of football’s most raucous stadiums. And the Steelers will be on the road in their season finale against the Baltimore Ravens, not an especially tough place to play but an AFC North battle that could have a lot on the line for both teams. Expect the Ravens’ home crowd to be properly amped up.