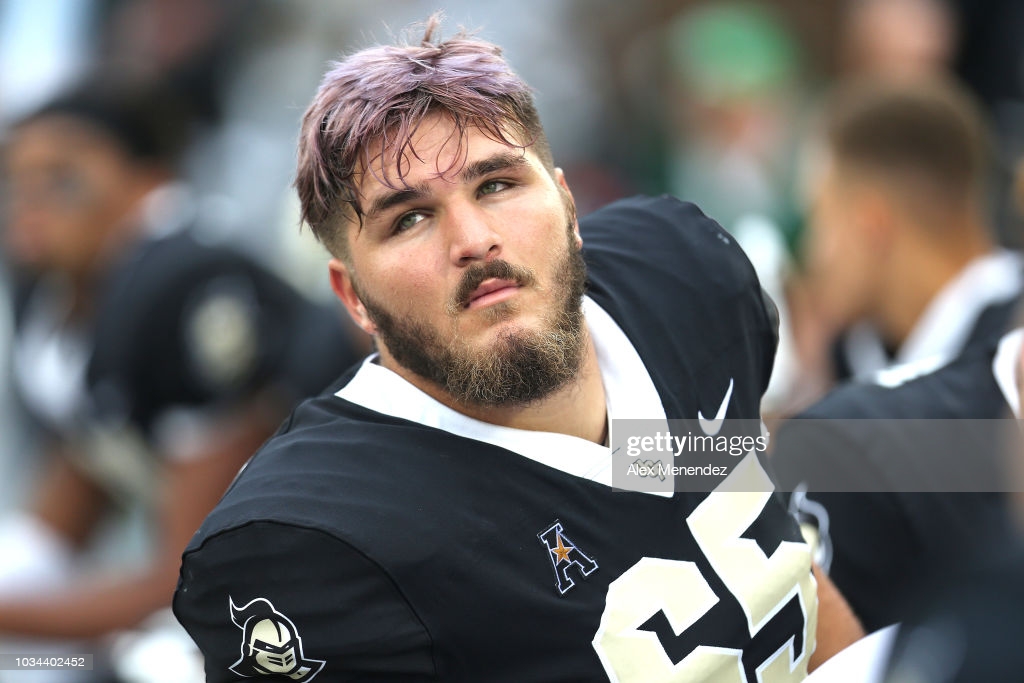 The RedHawks of Miami (Ohio) square off against the North Texas Mean Green in Frisco Thursday afternoon in a Group of 5 clash. For the RedHawks, keep your eye on EDGE #11 Dominique Robinson. The 6’4″, 252 lb. senior has the size and frame for an edge rusher at the next level. He has played with his hand in the dirt but could stand up in the league thanks to his athleticism. Robinson could stand to add more mass and strength to continue playing as a traditional 4-3 DE, but he has the pass rush flashes to suggest he can be a viable depth option worth developing in the later rounds.

Spent first 3 years at WR, moved to DE last year. Not a starter, only 2.5 sacks. But he has exciting pass rush tools. Verified 6046, 253. Gave CMU’s tackles (both future draft picks) all they could handle. pic.twitter.com/Fe2sRb7F04

Another name to watch on the RedHawks defense is S #21 Sterling Weatherford. The 6’4″, 221 lb. redshirt junior has fantastic size and length for the position, pairing his measurables with the range to cover the back end and make plays on the ball in the air. His size aids in his stopping power against the run, and he figures to be an intriguing scheme fit at the next level as a potential linebacker/safety hybrid. Should Weatherford test well this spring and display coverage skills in front of scouts, one would imagine a team would select him sometime on Day 3 as a special teams ace and upside play either as a weak side/sub package linebacker, or as a traditional safety.

#MiamiOH S/LB Sterling Weatherford showing off his range on the backend and versatility to play in the box. Makes a great break on the corner route to get the interception, than gets home for a sack on a blitz.

Intriguing player who should find a role in NFL with his instincts. pic.twitter.com/TE1usDLZp1

For North Texas, be sure to watch if DL #97 Dion Novil makes any noise in this game. The 6’4″, 308 lb. redshirt senior has had only modest production in five seasons with the Mean Green, but his mass and strength make him a suitable plugger in the middle for a team looking for defensive line depth late. A fringe-draftable prospect, Novil can really help his stock with a strong performance in his final game to get noticed by scouts and fans alike.

The inner-state battle between the Gators and the Knights kicks off Thursday night in Tampa at Raymond James Stadium. While DL Zach Carter has opted out of the bowl game for Florida, we will get to see the most highly touted prospect CB #5 Kaiir Elam suit up one last time. The 6’2″, 193 lb. junior has been recognized as one of the premiere prospects at the position, combining the length and athleticism with the competitiveness and coverage skills to be that franchise boundary CB that teams are desperately searching for. Having played since his freshman season in Gainesville, Elam has 20 PBUs and six INTs during his Gators career. He has great ball skills for the position and figures to be a Day 1 selection.

Another Gator defender hoping to hear his name called on NFL Draft Weekend is EDGE #1 Brenton Cox Jr. The 6’4″, 253 lb. junior has become Florida’s go-to pass rusher the last couple of seasons, racking up 11.5 sacks the last two years as a regular starter. Cox shows flashes against the run but needs to play with better leverage, and refrain from running hot-and-cold at times to be more consistent as a pass rusher and run defender. A likely Day 3 selection, Cox could vault up his draft value should he have a big game against UCF in the splash play department.

On offense, keep your eyes on RB #27 Dameon Pierce. The 5’10″, 215 lb. senior has never carried a full workload in Gainesville as part of a heavy rotation of backs, but Pierce runs violently behind his pads and has sneaky value as a pass catcher. One of the strongest pound-for-pound athletes I have ever worked with, Pierce is an impressive athlete (squatted 585 x 8 as an incoming freshman) with good football character to match. He may not get drafted, but his versatile skillset and special teams background could help him secure a backup role for an NFL team.

For the Knights, OL #65 Cole Schneider and EDGE #1 Big Kat Bryant are the names to watch. Schneider is a 6’4″, 315 lb. redshirt senior that has started 46 games in his college career, with all but one coming at OG and a single start at C due to injury. Labeled “Mr. Reliable” by his teammates, Schneider doesn’t have freaky athletic traits, but he has been a mainstay for UCF in the trenches the last four seasons, having the size and experience to be a potential late round/UDFA possibility for teams looking for depth along the interior offensive line.

Bryant is a 6’5″, 245 lb. redshirt senior that transferred from Auburn and has put together his best season on the stat sheet, racking up 48 total stops (27 solo), six sacks, and three PBUs. He is an athletic tweener on the edge, having played both in a standup 2-point stance as well as with his hand in the dirt. He has moved up and down the LOS for the Tigers and Knights in his playing career, being an effective pass rusher on twists and stunts. He still needs refining on his pass rush repertoire and better hold-up against the run, but the promise is there for teams to consider Bryant in the later rounds as a developmental guy or as a priority UDFA.

Which of the names listed above will you be specifically watching this weekend? Do you think any of the prospects would be a good fit for the Pittsburgh Steelers? Please leave your thoughts in the comments section below, and thanks again for reading!