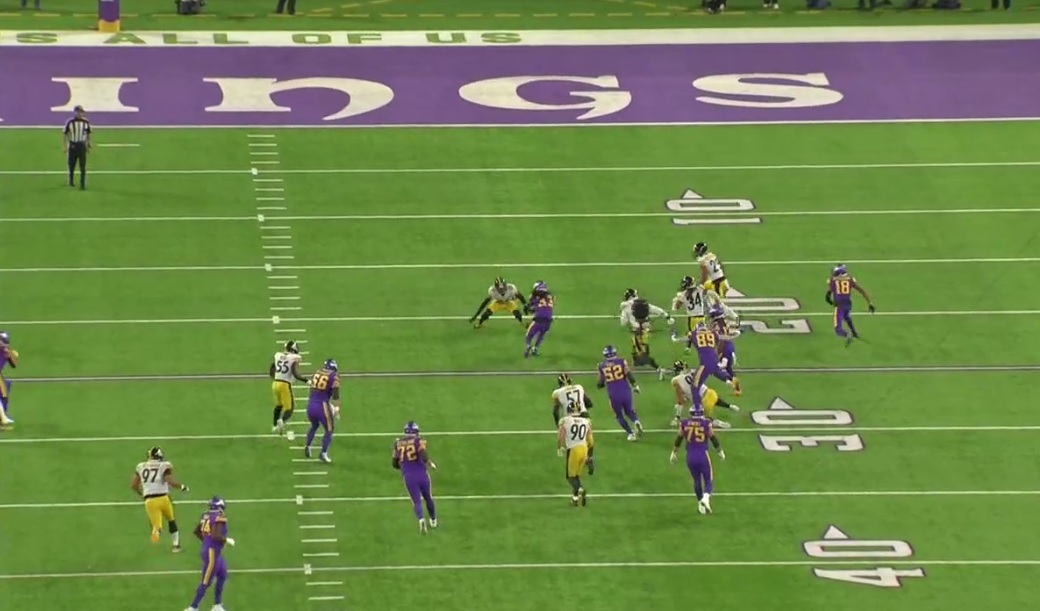 Dalvin Cook rushed for 202 yards in Week 14 against the Pittsburgh Steelers’ sieve of a defense. If it wasn’t for Minkah Fitzpatrick, he probably would’ve rushed for 302. Fitzpatrick made multiple open-field tackles on Cook in the Steelers’ loss, preventing good runs from turning into great ones, and great ones from evolving into touchdowns. At times, he couldn’t help but show his frustration.

Speaking with reporters Thursday, Fitzpatrick talked about his role in being the last line of defense.

“It’s a part of my job,” he told reporters via team-provided audio earlier today. “I’m back there for a reason. This is what I’m supposed to do. There were plays where I did express my frustration. I shouldn’t have because everybody out there makes mistakes, doesn’t do their job including myself at times. There’s times where I expressed that I shouldn’t have but that’s part of my job. It’s called the safety for a reason.”

Fitzpatrick made at least two on Cook in the open field in the first half after Cook ran through semi-truck sized holes. Pittsburgh’s front seven lost schematically and technically, and forced Fitzpatrick to match up against one of football’s best running backs. As he mentioned, he couldn’t help but showcase frustration for the defensive struggles.

Despite missing one game, Fitzpatrick is up to 88 tackles on the season. That’s more than the 79 he had in 16 starts a year ago. His tackles this season rank sixth among all NFL safeties. It’s never a good sign when your safety is making all the tackles, and speaks to the issues Pittsburgh has with their front seven and 32nd-ranked run defense.

But Fitzpatrick understands making those kinds of plays are just as much part of the job as interceptions and big plays.