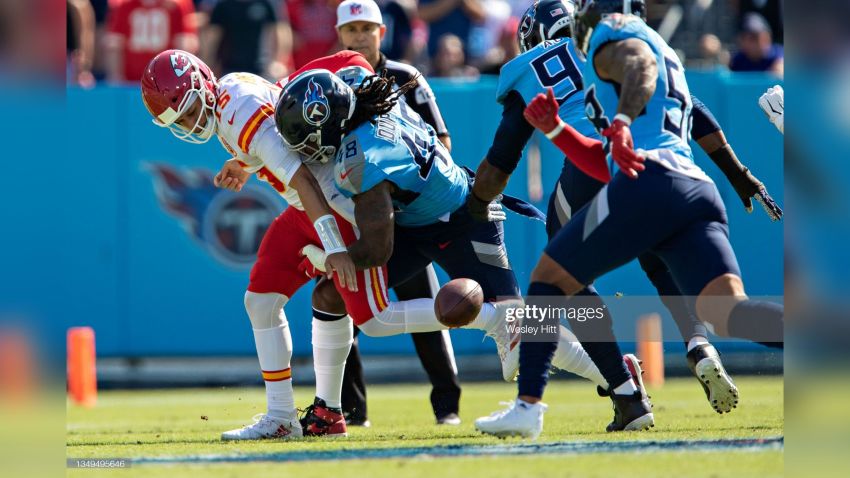 The Pittsburgh Steelers have multiple reasons to hope to see their former outside linebacker, Bud Dupree, out on the field this weekend for the Tennessee Titans. For one thing, he’s a guy that they still have a lot of love for, no doubt, both in the locker room and on the coaching staff. For another thing, they need him to log a lot more time in the final four weeks to have any chance to bump his compensatory draft pick back up to a third-round pick rather than a fourth.

Dupree, who was coming off of a torn ACL suffered late last season, signed with the Titans in free agency in one of the relatively few very large deals signed back in March. He was able to get up to speed and be prepared to play for the season opener, but he had not been the same player, and was only logging about 60 percent of the snaps.

He suffered an abdominal injury on the first play of the Titans’ Week 10 game, and he has been on the Reserve/Injured List since then. He is eligible to be activated to the 53-man roster now, and Titans head coach Mike Vrabel was asked to update his status yesterday.

“Bud is progressing”, he offered in response to reporter inquiries about the team’s highly-compensated offseason addition. “We understand that he can come back this week. We’ll see how he does and make the call from a personnel standpoint”.

It’s notable that Vrabel said that they would make the decision about his return as being from a personnel standpoint. That suggests that it’s not really a question of health as much as it is whether or not it is the best thing for the team on the field.

With Harold Landry on one side, another former Steeler, Ola Adeniyi, had been getting some increased playing time, though Derick Roberson has been getting the bulk of it. Of course, recent Steeler signing John Simon was until just recently playing for them, as well.

Dupree has started only two of seven games played for Tennessee this season, across just 260 snaps played, or a mere 52 percent of their total snaps. He has logged a total of seven tackles, with one sack, one forced fumble, and one pass defensed.

Over his final two seasons in Pittsburgh, in 27 games played, he recorded 99 tackles, with 24 for loss, 19.5 sacks, 32 hits, six forced fumbles, one fumble recovery, and five passes defensed. Even with his torn ACL, he still commanded a five-year, $82 million contract.

That’s why the Steelers and their fans were expecting to get a third-round compensatory pick back for him. It has been projected that he would have to average about 67 snaps per game over the final four games for the Titans, however, to hit the third-round compensatory cut-off, but that’s a moving target. The bottom line is he needs to get back on the field this week, and play a lot in the final month, for Pittsburgh to get their third-rounder, rather than a fourth-rounder.