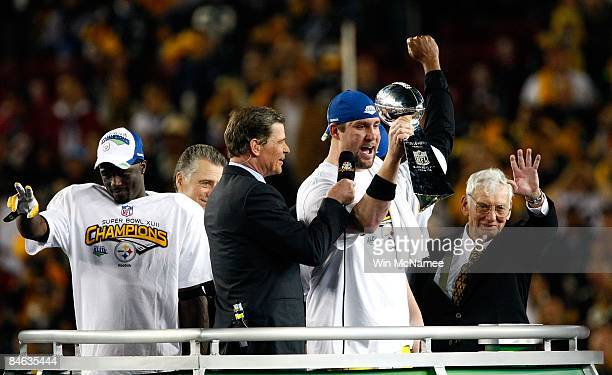 The Steelers’ downfall as of late has been exemplified by a few comments this week. Perhaps no comment attracted more displeasure than Chase Claypool’s suggestion to add music to practice.

As a result, former players have voiced their opinions on the topic. Ben Roethlisberger spoke Wednesday on the Steelers’ tradition of having no music in the locker room.

“It was always Mr. [Dan] Rooney. It was always that way. As guys started to leave the locker room that had that tradition, I tried to keep it going,” Roethlisberger said via the Steelers’ page. “Brett Keisel kept it going for awhile and we had Pouncey and guys like that to keep it going.”

Mr. Rooney passed away in April 2017, but Roethlisberger seems to be at the head of keeping the movement going. Since Claypool spoke about it, there seems to have been a lot of discussion surrounding what he said. Along with Roethlisberger and Tomlin, former players like Ryan Clark and James Harrison have acknowledged what was said.

“I would shut down [the music], I was the grumpy old man that didn’t want music. I had a conversation with guys like Cam Heyward and Vince Williams and told them, ‘The reason that we don’t do [music] is because if Mr. Rooney came in the locker room, you want to listen to him. You want to hear the things he had to say whether it was about the Steelers, about life, about whatever.'”

Certainly some light shed on why the Steelers don’t play music in the locker room, other than it just being an “old tradition”. Mr. Rooney’s influence on the Steelers’ success was clearly massive, and he continues to be a part of the team.

Roethlisberger mentions Heyward being a part of the modern wave of guys that try keeping the tradition of no music in the locker room. It makes sense when considering Heyward’s comments on Tuesday in his press conference, as he said “I hope he was kidding” in reference to Claypool’s suggestion.

Despite Mr. Rooney not being here and a lot of the traditional Steeler players gone, it seems the team would like to keep the tradition. Coach Mike Tomlin certainly seems to, along with Roethlisberger. Regardless, it’s clear the Steelers don’t need any more distractions at the moment.