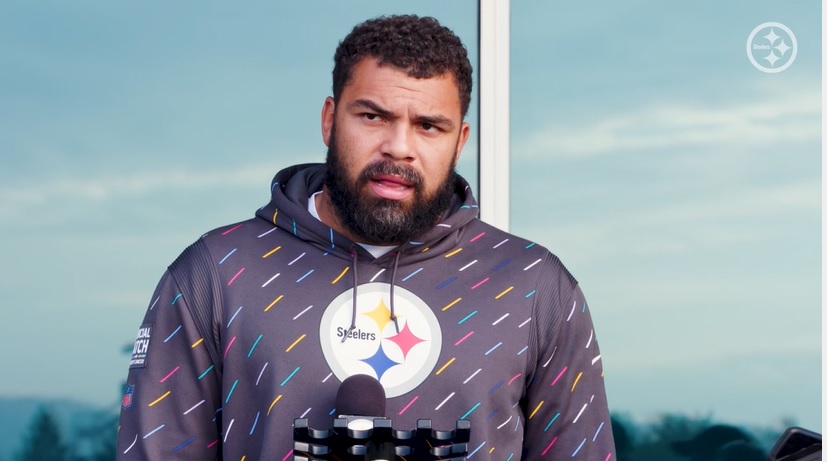 Cam Heyward felt the same way about Chase Claypool’s comments as you all did. Yesterday, Claypool suggested to reporters the Steelers should play music during practice in order to make it more fun. And Heyward, a veteran leader and captain of this team, wasn’t amused by the suggestion.

Joining 102.5 DVE with Randy Baumann this morning, Heyward responded to Claypool’s comment. From DVE’s Mike Prisuta, who tweeted out a snippet of what Heyward said.

Cam Heyward responded today on the DVE Morning Show to Chase Claypool’s play-music-at-practice suggestion: “I hope he was kidding because as soon as he said it I was literally about to rip the speaker out. That is not what we need right now. It’s X’s & O’s and it’s execution.”

“I hope he was kidding because as soon as he said it I was literally about to rip the speaker out. That is not what we need right now. It’s X’s and O’s and it’s execution. So I’ll leave it at that. Hopefully he was kidding.”

After being told by the show they didn’t think Claypool was joking, Heyward responded.

“Well then he’s going to be in shock. Because there’s not going to be anything played during practice.”

So I’m going to put Heyward down as a “no” for playing music at practice. Think that’s safe to say.

Listen to Claypool’s comments and it’s hard to know if he was trolling or not. But the only thing worse than Claypool being serious is if he was joking. The idea of music at practice isn’t an inherently bad one; it’s common in football. The Steelers had music playing during warmups at training camp this year, and it can be an energy-booster for players.

But the optics of suggesting music and having more fun at practice don’t look good after getting embarrassed by the Cincinnati Bengals 41-10, one of the worst losses of the Mike Tomlin era. And a lack of tunes at practice certainly isn’t going to fix the deep-seeded issues that are hurting this team. Heyward has made that point crystal clear. So has all of Steelers’ Nation.