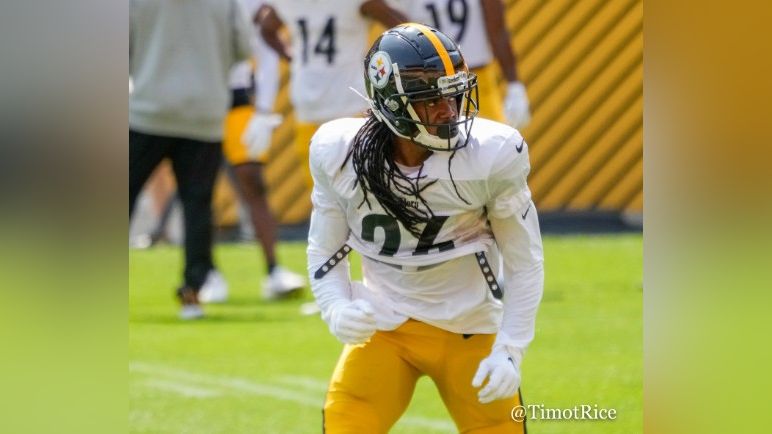 It’s safe to say the crop of Pittsburgh Steelers second-year players haven’t made the sophomore jump the team hoped or expected. Chase Claypool has been a disappointment in year two, struggling to find consistency. Alex Highsmith had an incredible training camp and hasn’t played poorly, but has just three sacks on the year, concentrated to a pair of games. Kevin Dotson is on IR with an ankle sprain and fourth-round pick Anthony McFarland has done very little his second year.

Battling back from an MCL tear that shelved him on IR for the first six weeks of the season, he’s struggled to get a hat on gameday. But Matt Canada isn’t ruling out a bigger role on the team the rest of the way.

“There is always time,” he said in audio provided by the team.” I think Ant’s injury came at an inopportune time for him because we were just getting into the season and all of a sudden he’s out. What can you teach him?…I mean, there are things we learn and you do over and over. So that was an opportunity for him and for us in some cases.”

McFarland has dressed for just two games this season. He’s played 19 offensive snaps, carrying the ball three times for three yards, chipping in another reception for 11 yards. Since being activated off IR, he’s spent most weeks as a healthy scratch, losing out to Benny Snell and Kalen Ballage. The team generally opts to carry just three running backs on gameday, and McFarland lacks the special teams value of Snell and, ostensibly, the well-rounded value of Ballage.

However, against the Bengals last week, Pittsburgh opted to dress all four running backs, McFarland included. And he got a fair bit of burn in the fourth quarter when Najee Harris was taken out. Unfortunately, McFarland didn’t get to touch the ball much and when he did, the line didn’t exactly help him out.

Canada said the team will evaluate McFarland’s role on a weekly basis.

“But obviously you saw him last week a little bit. And we’ll continue to play the best guys we can at the time, based on the matchups we have.”

One of McFarland’s non-garbage time snaps came in a Pony formation with he and RB Benny Snell on the field. McFarland aligned as a wing and went in motion on the play. 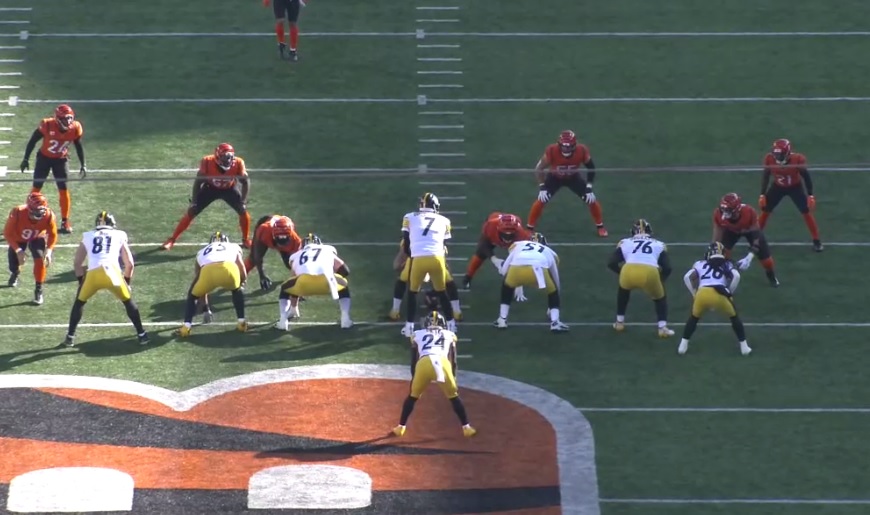 A look the team ran plenty in training camp but shelved due to McFarland’s injury. Perhaps that’s something the Steelers will look at doing going forward. Of course, that will require to dress and play, something that hasn’t been guaranteed this season.