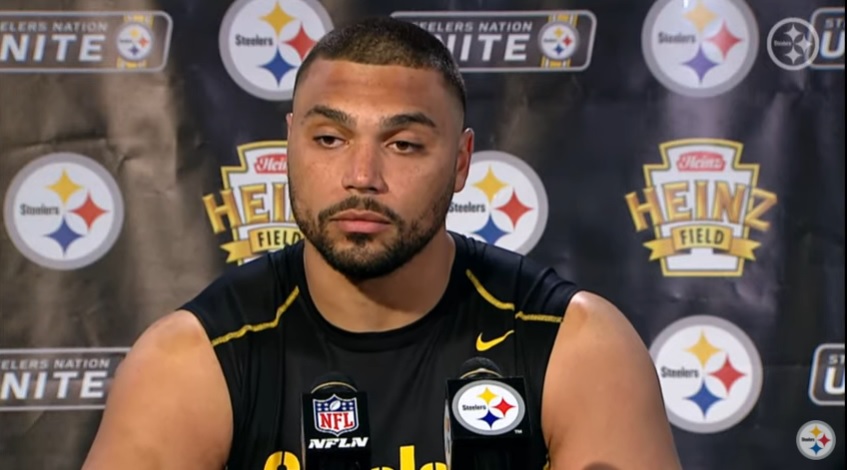 When it comes to defending Lamar Jackson and the Baltimore Ravens, few have a better grasp on it than the Pittsburgh Steelers.

That was the case once again on Sunday as Pittsburgh got after Jackson early and often, eventually sacking him an astounding seven times, while also hitting him 10 times as a passer, playing a key role in the Steelers’ 20-19 win over the AFC North rival Sunday evening at Heinz Field, keeping the Steelers’ playoff hopes alive.

Steelers’ defensive lineman Chris Wormley, who was traded from the Ravens to the Steelers just last season, had his best game as a Steeler, recording a career-high 2.5 sacks, two tackles for loss and three quarterback hits, pairing with All-Pro pass rusher T.J. Watt to keep Jackson in check, disrupting the Ravens’ offense throughout the night.

Following the win, Wormley spoke with the media and identified just how the Steelers were able to contain the 2019 NFL MVP as the Steelers cleaned up some issues when rushing the passer, keeping the league’s most dynamic player bottled up for four quarters.

“Yeah, just our rush lanes were the biggest thing. Keeping an edge with, with TJ [Watt] and Alex [Highsmith] and then Cam [Heyward] and I, and the other guys pushing the pocket,” Wormley said to reporters Sunday, according to video via the Steelers’ official YouTube page. “And for the most part, we did that. Obviously, Lamar is Lamar and he’s going to do what he does. And I think for the most part, we contained him, especially when we know that their rushing attack is their biggest weapon.”

In recent weeks the Steelers have really struggled to maintain rush lanes and keep mobile quarterbacks like Los Angeles’ Justin Herbert and Chicago’s Justin Fields in the pocket, not to mention Cincinnati’s Joe Burrow one week ago.

On Sunday though, the Steelers were disciplined in their rush lanes, kept eyes on Jackson throughout the game and got to him often, helping turn the tide inside Heinz Field in a must-win game.