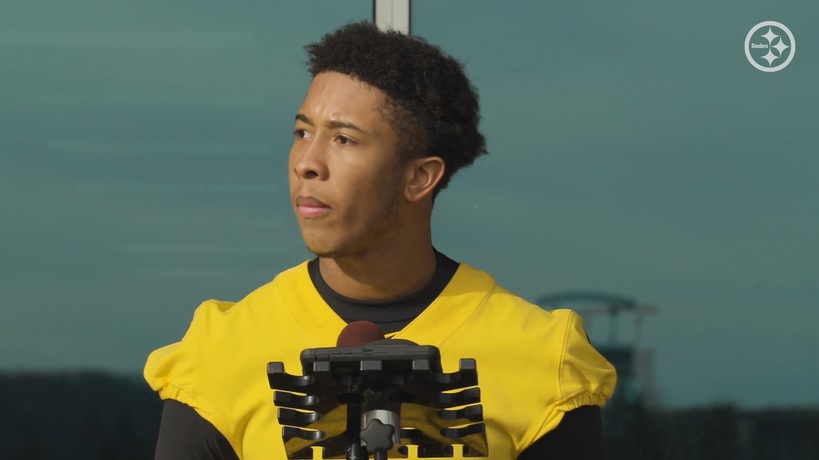 Pittsburgh Steelers rookie defensive back Tre Norwood got the opportunity on Sunday to be an every-down player, starting in place of Minkah Fitzpatrick at free safety while the latter was on the Reserve/COVID-19 List.

Things could have gone better—the defense did give up 41 points, after all, and didn’t even have any short field to defend—but overall, Norwood didn’t look out of place, and perhaps even showed future potential in a larger role, which is something he hopes to see one day.

“It is different, being back there playing every snap of defense, but it’s something that I look forward to as my career progresses”, he told reporters yesterday when he was asked about adjusting to playing every down, rather than as a role player. “It’s something I don’t overwhelm myself with, because I feel like I put in the preparation during the week. It’s something that I had the opportunity [to do], and I’m going to continue to work”.

The biggest asset Norwood had coming into the league was his versatility. He did spend much of the summer being concentrated at the free safety position before they started moving him around to other positions, which came in handy when he played 68 snaps in the season opener.

After playing 50 snaps the following week, however, he never again approached that sort of workload before this past Sunday. He played every single snap in the game—the only player to do so other than fellow safety Terrell Edmunds—while adding another 24 snaps on special teams, for 100 total during the game.

With Fitzpatrick expected to be cleared from the COVID-19 protocols any day now, Norwood understands that this was a limited chance, for now, even though he holds the ambition of eventually holding a full-time role at some point in his career.

“It’s an opportunity that I’m grateful for. Blessed with the opportunity”, he said of getting the chance to start in the last game. “I’m just trying to go out there and contribute to the team as much as possible. That’s something I was happy and blessed to be able to do. I always prepare myself to stay ready”.

Overall, Norwood has been a positive contributor during his rookie season, complete with the sort of learning curve and mistakes that you would expect. He certainly hasn’t been a disappointment, by any means, but rather a pleasant surprise. Still, it remains to be seen what the future holds for him, and if he can retain a regular contributing role.