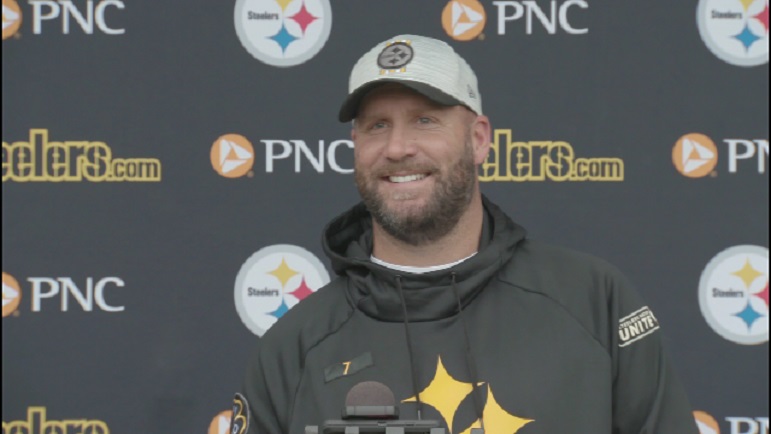 The Pittsburgh Steelers will not have quarterback Ben Roethlisberger for the team’s Sunday home game against the Detroit Lions. Roethlisberger’s been placed on the Reserve/COVID-19 list, and thus is out for Sunday.

STATUS UPDATE: #Steelers QB Ben Roethlisberger will be placed on the Reserve/COVID-19 list and is OUT for Sunday’s game vs. the Detroit Lions.

With Roethlisberger out for Sunday’s game, backup quarterback Mason Rudolph will get the start against the Lions, and he’ll be backed up by quarterback Dwayne Haskins, who has yet to dress for a game this season.

Rudolph enters Sunday 5-4 as a starter. His last start came in Week 17 of the 2021 regular season against the Cleveland Browns. The Steelers lost that game 24-22. Rudolph was 22-of-39 passing in that game for 315 yards, with two touchdowns and one interception.

Roethlisberger confirmed recently that he is vaccinated, so there is no mandatory 10-day period for him sit out like there was last week for Green Bay Packers quarterback Aaron Rodgers.

Before Roethlisberger’s 2019 elbow injury that required surgery and him missing the rest of that season, he hadn’t missed a game due to an injury since Oct. 2016.

Roethlisberger was listed as not practicing on Thursday, so at least Rudolph got some extra practice reps this week with the first-team offense.

Ben Roethlisberger on the @dpshow on him being vaccinated and the safety protocol he goes through daily at the #Steelers facility.
pic.twitter.com/sAJS4ktmPA