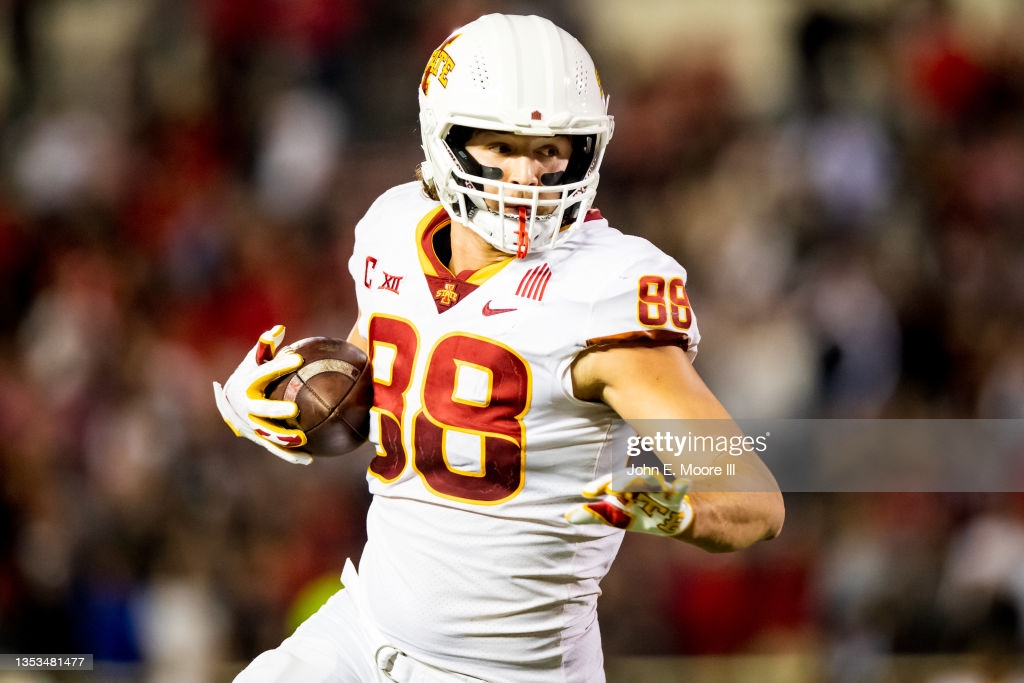 Following the slate of games on Saturday, we will be highlighting several college football prospects and their respective performances, as well as how they could be viewed going forward into the 2022 NFL Draft, specifically by the Pittsburgh Steelers.

I’ll proudly say I called this one prior to the start of the slate for CB Marcus Jones who put together a strong performance on what has already been a good season for the Houston product. Jones had four total tackles, two PBUs, and two INTs in the 31-13 win over Memphis. He pulled off an absurd one-handed snag on one of his INTs, elevating up into the air and taking the ball away from the receiver while in coverage, displaying great awareness and body position to make a play on the football. Jones is a ballhawk in the secondary as well as a premiere return specialist. Given the potential loss of Joe Haden next offseason, Jones could be a value in the middle rounds.

Another player that I highlighted on players to watch this weekend was Ohio State WR Chris Olave, and if he could pop off against Michigan State. Olave did just that Saturday afternoon against the Spartans, hauling seven receptions on seven targets for 140 yards (20.0 YPR) and two TDs. Olave showed incredible body control and spatial awareness on one TD grab right along the sideline coming down inbounds, as well as the ability to separate deep down the field on his other score. He is as refined as they come as a route runner while having that deceptive speed to win deep in a similarity to current Steelers WR Diontae Johnson. Olave continues to thrust his name into first round consideration thanks to his play.

WR Garrett Wilson enjoyed a great performance as well, converting 7-of-9 targets into catches for 126 yards (18.0 YPR) and two TDs. It was a big game for QB C.J. Stroud, who looks to be making a case to be a Heisman frontrunner, so both draft eligible WRs benefitted. However, Stroud currently isn’t draft-eligible while Wilson is, consistently stacking cornerbacks at the LOS and running past them to win on the vertical deep shot. Wilson also has a knack on winning those go-up-and-get-it 50/50 balls with his body control and strong hands, rounding out a dangerous Buckeye passing attack with Olave and Jaxon Smith-Nijigba, who also isn’t draft eligible until 2023.

In a similar light to the Ohio State passing attack, the Crimson Tide have two draft-eligible WRs. WR Jameson Williams transferred from Ohio State to come to Tuscaloosa, and he torched the Razorbacks’ secondary to the tune of eight receptions (on 13 targets) for 190 yards (23.8 YPR) and three TDs. Williams set an Alabama record Saturday having caught four TDs of 75 yards or more this season. He is a legit deep threat in a similar mold of DeSean Jackson and Mike Wallace that can separate from defenders and has that dynamic burst after the catch to run away from pursuit to take it to the house.

Dave Bryan of Steelers Depot has often said that Pittsburgh needs to invest in a speedy WR who can take the top off the defense. Having watched Williams closely for most of the season, I can firmly say he meets that criteria and would make a deadly trio with Diontae Johnson and Chase Claypool moving forward.

Williams’s running mate WR John Metchie III had a day as well for the Tide, hauling in 10 receptions on 14 targets for 173 yards (17.3 YPR) and a TD. More of a possession style receiver, Metchie compares favorably to current Browns WR Jarvis Landry as a physical, reliable presence over the middle of the field that has that YAC ability to maximize his receptions. He also is a viable special teams contributor and a stellar blacker at the position, making him a logical replacement for JuJu Smith-Schuster in the slot should Pittsburgh decide to let Smith-Schuster walk after the 2021 season.

Ridder kept the undefeated season alive for the Bearcats by crushing SMU 48-14. Ridder completed 17-of-23 passes for 274 yards and three TDs while throwing in three rushes for 46 yards and a score on the ground along with a Philly Special TD reception in the red zone. He showed off his sought-after mobility at the QB position on the zone read keep that he took to the house, using his long strides to pull away from defenders in pursuit for the long TD run. Ridder was also efficient as a passer, showing poise in the pocket and delivering accurate passes that were on time.

Ridder has been a polarizing prospect due to his athletic ability and arm talent, yet has played smaller competition and hasn’t had huge statistical outputs you like to see from a locked-in first round prospect at the QB position. However, Ridder has the intangibles when it comes to leadership. He has kept the Bearcats’ hopes alive to make the College Football Playoff, and a strong performance down the stretch will likely help cement his status as a Top 60 pick in April’s draft.

Charlie Kolar, the Norman, Oklahoma native and huge Sooner fan growing up, put up a stellar performance in his final outing against his hometown team, catching 12-of-15 targets for 152 yards (12.7 YPR) and a TD in the 28-21 loss. Kolar has had plenty of big games against the school that both of his parents worked for as college professors, and he capped it off with possibly his best performance yet. Kolar is a sure-handed, big-bodied reliable target that can move the chains and has the size to be a go-to option in the red zone, while still having sneaky athleticism to stretch the seam. Built in a similar mold as current Giants TE Kyle Rudolph, Kolar will be a great value selection come April.