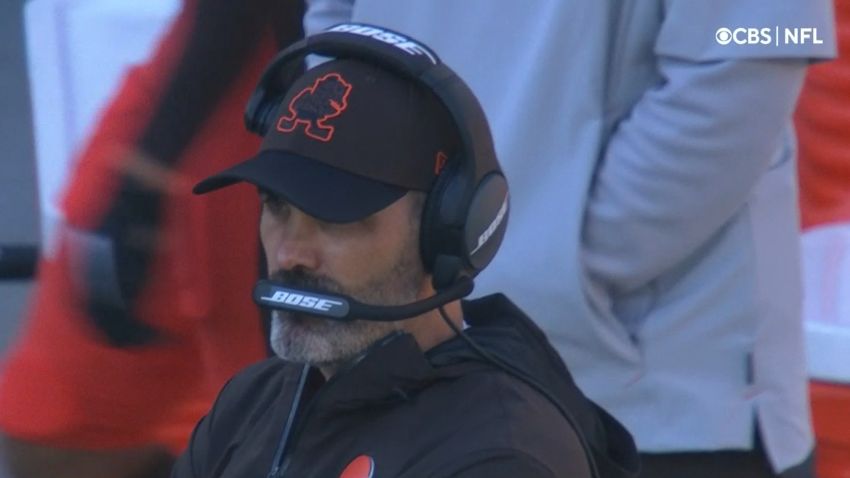 The Cleveland Browns have had a roller coaster season so far, which has left them about where you would expect—with a 5-5 record, having exchanged blowouts in their last two games going in opposite directions. They were on the wrong side of a blowout on Sunday, losing 45-7 to the New England Patriots.

Veteran defensive end Myles Garrett let his feelings be known afterward, calling out the coaching and saying that they did not make any adjustments from the sidelines over the course of the game. As you would imagine, the story wouldn’t die there before reaching the head coach, and Kevin Stefanski was asked to address it yesterday.

“Any time you have a game like that, there is a lot of frustration. I have spoken to Myles about that, and I will keep that conversation between Myles and myself”, he told reporters. “You give up 45 and you score seven, we just did not have a good enough plan, we did not make enough adjustments and we did not play well enough. It is all the above when you get beat”.

As I wrote yesterday, whether it is the case or not, it is not the player’s position to call out the coaching in public out of frustration just after a loss. Unless he’s trying to work his way off of the team, it doesn’t benefit anybody to air that kind of acrimony.

The coaches are going to take the blame no matter what; he didn’t need to tell anybody. You never heard Cameron Heyward criticize the coaching in any manner approaching that, no matter how many times he is asked such questions. Instead, he puts it on the players and their execution, as he did on Sunday, talking about how they struggled to shift their front in response to motion.

“We didn’t counter like we are supposed to. We didn’t stop the bleeding and they kept attacking where we were deficient”, he continued, adding that New England kept attacking the middle of the field in max protection and “we didn’t have answers”.